IQ tests usually examine many different abilities, verbal ability being one of them. Vocabulary is generally considered a good measure of the verbal subset of IQ and is therefore sometimes used as a shorthand. However, as this test only measures verbal ability, it is not a full IQ test.

What does your verbal ability indicate about your IQ? In each of the questions below, you are given five words and asked to select two that have the same meaning.

Select the two words with the same meaning:

This Vocabulary IQ Test was developed by the Open-Source Psychometrics Project and examined by independent researchers. The test features updated norm groups from the data.

As a vocabulary test, this instrument mainly tests for Verbal IQ. Verbal IQ is a measurement that is derived from the administration of selected subtests of full-scale intelligence tests that are designed to provide a measurement of the individual's overall verbal ability and comprehension. As such, a Verbal IQ score is a measure of acquired knowledge, verbal reasoning, and attention to verbal nuances.

As with other subscales of IQ, a score of 100 is considered the average among the population, and the standard deviation on either side is set to 15 (i.e., 115 or 85). That means that nearly 70% of all people who are able to take the test will get a score between 115 or 85 as their result.

Though Verbal IQ cannot stand on its own as a full measure of IQ, Verbal IQ is typically necessary to fully assess a person’s overall intellectual IQ. Basic Verbal IQ may also be evaluated through briefer intelligence testing and standardized language assessment. Observation and one-on-one assessments with a mental health professional may also be conducted with the aim of determining a person’s Verbal IQ.

While Verbal IQ is sometimes used to take an overall snapshot of a person’s general IQ, it should be remembered that Verbal IQ is simply a comprehensive measure of verbal attentiveness and ability as obtained on standardized intelligence tests. Verbal IQ may thus be affected by native verbal skills, experience, education, test-taking skills, and the test taker’s motivation (or lack thereof).

As a shorthand measurement of IQ, this Vocabulary IQ Test is not able to measure scores above 130 or below 48. If an accurate measurement of Verbal IQ, or IQ in general, is required, professional instruments will usually be needed.

Before using our online Vocabulary IQ Test, please remember that all results are provided “as-is” and should not be understood to be the equivalent of professional assessments or recommendations of any kind. For more on our free online vocabulary test, please refer to our Terms of Service. 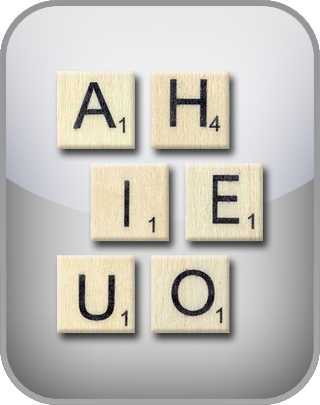 1. Free. This online Vocabulary IQ Test is provided to you for free, allowing you to obtain your score on the verbal ability subset of IQ.

2. Tested measure. This test was developed by the Open-Source Psychometrics Project and has been used by psychometricians in their research.