The 6 Foundations Test is a communally-developed test that seeks to measure a person's political standpoint based on moral foundations theory. The test is related to the Moral Foundations Test, Moral Vignettes Test, and the Morality-as-Cooperation Test.

To take the 6 Foundations Test, indicate your level of agreement or disagreement with each of the statements below.

Do you agree or disagree with the following...

People should not do disgusting things, even if no one is harmed.

The six moral foundations are:

Compassion: This foundation is related to our mammalian need to care for our young and bond with others. It underlies the virtues of kindness and compassion, including protection and compassion, which relate to basic emotions. Leftists tend to score the highest in this dimension, conservatives second highest, and libertarians the lowest.

Fairness: This foundation relates to our ability to maintain cooperative and mutually beneficial relationships. It is based on the virtues of honesty, justice, and reliability. It is associated with emotions such as gratitude, anger, and guilt. In general, leftists score higher than conservatives and libertarians in this dimension.

Loyalty: This foundation allows people to form cohesive communities from our long living history as tribes and clans. It underlies the virtues of patriotism, courage, and self-sacrifice on behalf of the group. It is associated with emotions such as pride and belonging. Conservatives' scores are usually higher in this domain than leftists and libertarians.

Authority: This foundation has been shaped by humanity's long history of coordinating hierarchical social interactions. It is based on the virtues of respect for tradition and submission to legitimate authority and is associated with emotions such as fear, respect, and awe. Conservatives usually have higher scores in this domain than leftists and libertarians.

Purity: This foundation relates to our species' need to avoid disease and parasites. It underlies the phenomenon of cultural taboos and fosters the obligation to live without indulging in sensual desires. It is associated with emotions such as holiness, piety, and disgust. Conservatives are usually more concerned with purity than leftists and libertarians.

Freedom: This foundation relates to the need for individuals to be masters of themselves and to avoid dominant social conventions imposed by the group. It is based on virtues of independence and autonomy and is associated with feelings such as self-sufficiency and rebellion. Libertarians usually score the highest in this dimension, conservatives are second highest, and Leftists are the lowest.

Permission is hereby granted, free of charge, to any person obtaining a copy of this software and associated documentation files (the "Software"), to deal in the Software without restriction, including without limitation the rights to use, copy, modify, merge, publish, distribute, sublicense, and/or sell copies of the Software, and to permit persons to whom the Software is furnished to do so, subject to the following conditions: The above copyright notice and this permission notice shall be included in all copies or substantial portions of the Software.

THE SOFTWARE IS PROVIDED "AS IS", WITHOUT WARRANTY OF ANY KIND, EXPRESS OR IMPLIED, INCLUDING BUT NOT LIMITED TO THE WARRANTIES OF MERCHANTABILITY, FITNESS FOR A PARTICULAR PURPOSE, AND NON-INFRINGEMENT. IN NO EVENT SHALL THE AUTHORS OR COPYRIGHT HOLDERS BE LIABLE FOR ANY CLAIM, DAMAGES, OR OTHER LIABILITY, WHETHER IN AN ACTION OF CONTRACT, TORT, OR OTHERWISE, ARISING FROM, OUT OF, OR IN CONNECTION WITH THE SOFTWARE OR THE USE OR OTHER DEALINGS IN THE SOFTWARE.

The IDRlabs 6 Foundations Test is a revised and modified version of the original 6 Foundations Test, which was developed by its authors. For more information about our online tests and quizzes, please consult our Terms of Service. 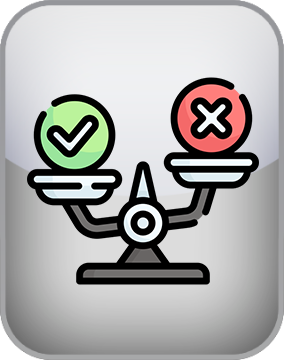 1. Free. This modified version of the 6 Foundations Test is free of charge and allows you to obtain your scores related to care, fairness, authority, sanctity, loyalty, and liberty.