Moral Vignettes are a variant of classic Moral Foundations Tests that purport to measure a person’s morality through their reactions to everyday events.

For each of the following situations, indicate whether you think it's morally OK or not.

A woman throws her cat across the room for scratching her furniture.

The IDRlabs Moral Vignettes Test was developed by IDRlabs based on a growing body of scientific research which suggests that the Moral Foundations Theory can be expanded to include 10 domains or more. IDRlabs is not affiliated with any of the researchers mentioned in the references list below.

The test utilizes the 10 following moral domains: Nurture: Preventing the suffering of others, caring for the defenseless, and showing compassion for the weak by nurturing and caring for them. Fairness/Equality: Honoring cooperation and fellowship by preventing or minimizing situations that would lead to unequal outcomes. Fairness/Proportionality: Honoring individualism and meritocracy by letting those who are hard-working, competent, or lucky reap the rewards of their actions. Loyalty: Honoring the obligations of group membership, being willing to sacrifice for the in-group, and being vigilant against betrayal from the out-group. Authority: Preserving the social order by honoring the obligations of hierarchical relationships by way of obedience, respect, and the fulfillment of role-based duties. Sanctity/Tradition: Maintaining the sanctity of traditional values, respecting the taboos of religion, and avoiding bacteria and contagion. Sanctity/Nature: Maintaining the purity of nature and the environment, seeing nature as sacred and mankind’s influence as corruptive. Lifestyle Liberty: Honoring the individual's independence and autonomy by allowing each person to determine the course of their own life. Economic Liberty: Honoring individual diligence and initiative by allowing each person to be free of coercion in the economic sphere. Property: Showing respect for ownership and possession by preventing theft, harm, trespassing, and vandalism to the property of others.

The authors of this free online Moral Vignettes quiz are certified in the use of various personality instruments and work professionally with psychometrics and personality testing. Prior to using our free Moral Vignettes Test, please note that this test should not be confused with classic Moral Foundations Tests such as the ones previously published on this site. Please also note that the test is provided "as-is", for free, and should not be construed as providing professional or certified advice of any kind. For more, please consult our Terms of Service. 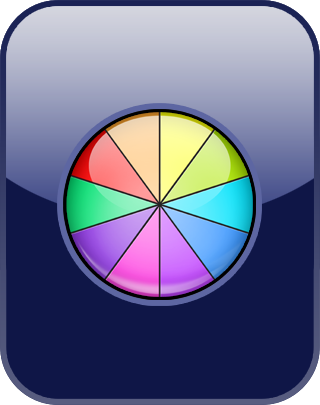 1. Free. This online Moral Vignettes Test is delivered to you without the need for sign-ups and will allow you to ascertain your moral foundations across 10 different domains.

3. Made by professionals. The authors of this interactive Moral Vignettes Test are certified in the use of various psychological inventories and work professionally with psychometrics and personality testing.