Social scientists such as Ravi Iyer and Jonathan Haidt argue that there are substantial variations in human morality and that these differences influence not just a person's decision making and reasoning processes but also their political outlook. In recent years, researchers and scholars from all over the world have converged on the framework on Moral Foundations Theory in an attempt to explain these individual differences, as well as to make sense of the many instances of moral outrage and offense that are increasingly seen in public debate. By drawing on findings from their research, this test aims to give you your scores according to the Moral Foundations framework.

For each of the following items, indicate whether you think it's morally okay or not.

Sarah's dog has four puppies. She can only find a home for two of them, so she kills the other two with a stone to the head.

The Moral Foundations framework was developed by a conglomerate of researchers who study morality, ethics, psychology, and politics in an effort to understand human behavior better and individual differences more in depth. As a social science framework, the Moral Foundations allow for the testing of a wide variety of hypotheses about individual differences and human nature.

This test has been made with the aid of professional political and social science analysts, as well as respondents from all sides of the political spectrum. Even so, please keep in mind that tests are merely indicators - a first peek at the system to get you started.

Moral Foundations tests, whether they are professional or "official" tests used in academic research, or free online tests like this one, are indicators to help give you a cue as to your moral and ethical standpoint, based on the Moral Foundations of Care, Fairness, Loyalty, Authority, Purity, and Liberty. In matching your morality with contemporary political segments, as found in Western democracies, this test draws upon state-of-the-art, peer-reviewed social science publications for its data. Even so, no test ever devised can designate your Moral Foundations or political allegiances with complete accuracy or reliability and no Moral Foundations Test can replace familiarizing yourself with the Moral Foundations framework or the politics of your own country in depth.

The authors of this free online Moral Foundations Test are certified in the use of multiple different personality and aptitude tests and have worked professionally with psychology, political psychology, politics, and personality testing. Prior to using our free online test, please note that the results are provided "as-is", for free, and should not be construed as providing professional or certified advice of any kind. For more on our online Moral Foundations Test, please consult our Terms of Service. 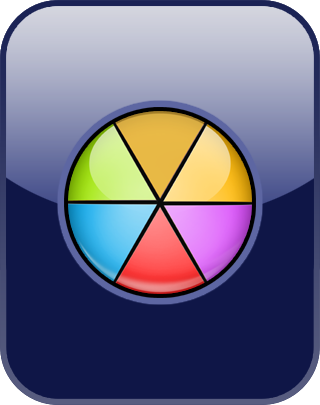 1. Free. This free online Moral Foundations test is delivered to you free of charge and will allow you to obtain your scores on the six major Moral Foundations, as devised by leading social scientists.

2. Agenda-free. While social science work in politics, and regarding the validity of moral instincts, is often distorted in service of interested parties, this test has been made with the aid of respondents from all sides of the political spectrum and aims to be agenda-free.

3. Tested in several countries. Our free Moral Foundations test has been used with success in several different regions, including the USA, Europe, and East Asia.

4. Large sample size. While social science findings may sometimes appear unreliable, given the small number of participants used in certain studies, the present test was prepared on the basis of peer-reviewed findings concerning the moral preferences of more than 90,000 people.