The Avengers Test is an unscientific and “just for fun” personality assessment that will determine which of seven characters from The Avengers you resemble the most.

Who is your Avengers personality match? For each of the following statements, indicate how well it applies to you below.

There are days where I can’t seem to concentrate on anything; where my mind seems to get distracted for no apparent reason.

The IDRlabs Avengers Character Test (IDR-ACT©) is the property of IDRlabs International. The IDR-ACT utilizes characters from the Marvel franchise but is not in any way associated with Marvel or its copyright or trademark holders. No infringement is intended by the present test.

Thor: The archetypal warrior, Thor Odinson is the handsome embodiment of heroism, tainted only by the swagger of a reckless and sometimes egotistical nature. Son of the ancient ruler of Asgard, Thor the God of Thunder was heir to the throne until his hotheadedness caused the collapse of a peace treaty with the ancient enemies of his kind. Deemed unworthy, the princely demi-god was banished to Earth, no longer able to wield the enchanted hammer which gave him the power of flight. Falling for a human female, Thor learned to connect with the selfless part of his nature, regaining his worth in time to team up with the Avengers. Charmingly naive and supremely confident, Thor is always up for bouts of strong drink and fierce fighting, yet he no longer craves the power of the throne. Though he bickers with his teammates, he is fiercely loyal to them and his fellow surviving Asgardians, including, at times, his devious brother Loki, the God of Mischief.

Hulk: Simultaneously the smartest and most dangerous man in any room, Dr. Bruce Banner holds multiple Ph.D.s and one horrifying secret. After a gamma radiation experiment gone wrong, Banner is forever cursed with a monstrous alter ego he dubs “the other guy” or simply “Hulk.” Similar to the literary pair of Dr. Jekyll and Mr. Hyde, Banner and Hulk must cohabit one body while bearing starkly different personalities. While Banner is mild-mannered and bookish, Hulk’s behavior is comparable to an angry child throwing a continual and very destructive tantrum. In Hulk form, Banner’s body multiplies in size and density while his skin takes on a deep green hue and becomes nearly impenetrable. Though the odd pair seem to despise one another’s existence, they are eventually able to reconcile and unify into a single “smart Hulk,” who can control his temper while leveraging the power of both this life form’s massive intellect and forbidding strength.

Black Widow: Trained by Russian agents since childhood to be an undercover “Black Widow” assassin, Natasha Romanoff was rescued from her brainwashed life by S.H.I.E.L.D. – a quasi-military intelligence organization. Recruited by Director Nick Fury, Romanoff worked with the group as a counter-espionage agent, to repay them for saving her while seeking revenge against those who had forced her to kill innocent civilians. A cunning field operative and master of advanced hand-to-hand combat, Romanoff is skilled at leveraging her attractiveness as a tool for psychological manipulation. She spent most of her life in an emotionally distanced state—avoiding relationships and trying to repair the scars of her traumatized past. In time, Black Widow formed a familial bond with the Avengers, especially fellow S.H.I.E.L.D agent-turned-Avenger Hawkeye. As the two non-superpowered members of the team, Black Widow and Hawkeye bravely place themselves in the greatest of dangers, yet they always hold their own against evil demi-gods and invading alien armies.

The authors of this free online Avengers character quiz are certified in the use of various personality tests and have worked professionally with psychology and personality typology. Before using our online test, please remember that the results are provided “as-is” and should not be understood as the equivalent of a professional assessment or recommendation of any kind. For more on our free online Avengers Test, please refer to our Terms of Service. 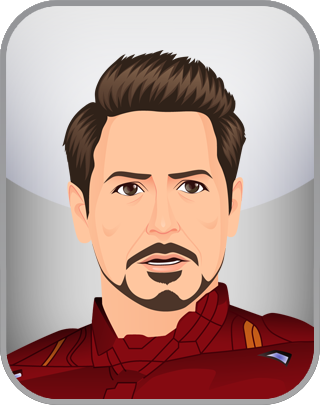 1. Free. This online Avengers test is provided to you free of charge and will allow you to obtain your scores as related to seven major characters from the franchise.

4. Developed by professionals. The current Avengers quiz was created by researchers and psychology professionals who work with psychometrics.