Both right-wingers and left-wingers habitually call each other fascists as a political slur. At the same time, the European Union’s Economic and Social Committee has found that actual fascism is on the rise.

This test combines the insights of several prior efforts to research fascism to bring you a single, composite test measuring agreement with fascist elements across 10 different domains.

Where do you fall on the Fascist Elements test? For each of the following questions, indicate your level of agreement below.

There is so much “fake news” out there that the media should be subjected to increased government oversight.

The IDRlabs Fascist Elements Test (IDR-FET) was developed by IDRlabs. The IDR-FET is based on the work of political scientists and philosophers as detailed in the references list below. The IDR-FET is not associated with any specific researchers in the field of political ideology or their affiliated research institutions.

The 10 Fascist Elements measured by the test are: Corporatism: The belief that the state should step in to guide, coordinate, and control production as well as coordinate negotiations between employers and labor unions. Strongman Leader: The belief that society functions best when it is governed by a strong and inspiring leader in whom the people can put their trust. Militarism: The belief that the military mode of organization should be extended into other areas of society such as schools, politics, police, and the workplace. Dissident Suppression: The belief that people who disagree with the reigning orthodoxy should be monitored, surveilled, and repressed by the state. Natural Hierarchy: The belief that people of certain races, genders, political observations, and/or religious affiliations are naturally superior to others. Press and Speech Control: The belief that certain ideas and standpoints are so odious that the state is justified in taking strict measures to hinder their propagation in thought and speech. Rebirth Myth: The belief that the nation has digressed so far from the path of greatness that only extraordinary political measures can restore it to its former glory. Denunciation of Enemies: The belief that certain groups are the collective enemies of the people, and that these enemies are responsible for many of the nation’s troubles. Tough-mindedness: A personality characteristic that predisposes one towards being cynical, confrontational, and uninterested in the well-being of out-groups. Traditional Values: The belief that traditional values and morality are worthy of preservation and that society works better when people conform to these values.

Please note that as the professor of politics Andrew Vincent has said, fascism has a complex relationship with other ideologies such as socialism, liberalism, and conservatism. Simply agreeing with one of the fascist elements does not necessarily make one a fascist. For example, the fact that many conservatives agree with the “Traditional Values” element and many socialists agree with the “Corporatist” element does not make them fascists.

As the publishers of this free online Fascist Elements Test, which allows you to test yourself for agreement with fascist doctrines, we have strived to make the quiz as reliable and valid as possible by subjecting it to statistical controls and validation. However, free online quizzes such as the present fascism spectrum test do not provide professional assessments or recommendations of any kind; the test is provided entirely “as-is.” For more information about any of our online tests and quizzes, please consult our Terms of Service. 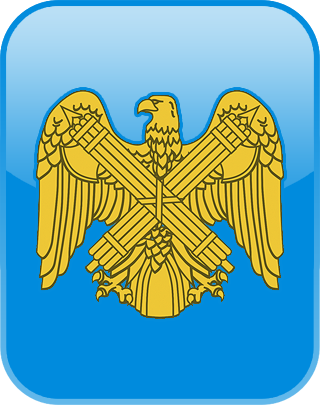 1. Free. This Fascist Elements Test is delivered to you free of charge, without the need to sign up, and will allow you to obtain your scores related to 10 facets of fascism.