One of the current fronts in the culture wars is the conception of gender. On the one hand, there is the view that there are only two genders. On the other, there is the progressive idea that there are innumerable gender identities and variations. This test will determine whether your conception of gender is binary, progressive, or somewhere in between.

Are you gender binary or gender progressive? For each of the following questions, indicate your level of agreement below.

Many people have gender expressions that are not conventional – that doesn't make them "weird."

The IDRlabs Gender Conception Test (IDR-GCT©) was developed by IDRlabs International. The IDR-GCT is based on scientific, peer-reviewed research in the areas of social psychology. The IDR-GCT is not associated with any researchers listed or their affiliated research institutions.

The IDRlabs Gender Conception Test was informed by recent research in psychological literature to produce this free online test. Gender binarity is commonly defined as the belief that an individual’s gender can only be classified as either male or female. In contrast, other people are of the belief that gender is fluid, and that rather than the traditional gender binary, the construct of gender exists instead on a continuum. This Gender Conception Test is based on the psychological theories and perspectives behind these two points of view. IDRlabs International and the present IDRlabs Gender Conception Test are independent from any researchers or organizations who have produced work in the area of genderism or any such related topics.

The IDRlabs Gender Conception Test was created by psychology professionals certified in the provision and interpretation of numerous psychological instruments, and who have worked in multiple fields of psychology such as research methods, personality inventories, and social psychology. Free online tests such as the present Gender Conception Test were developed for the purpose of allowing people an informative and educational look at the psychological construct being measured; they should, therefore, not be misunderstood to be a conclusive answer regarding any individual component of one’s personality or system of beliefs.

Though developed and statistically validated by professionals, free online tests such as this are unable to provide any kind of professional assessments, definitive test results, or personal recommendations; personalized test scores and additional personality snapshots provided by our free online Gender Conception Test are provided “as-is.” For additional information about our Genderism Test and our other free online psychological tests, please refer to our Terms of Service. 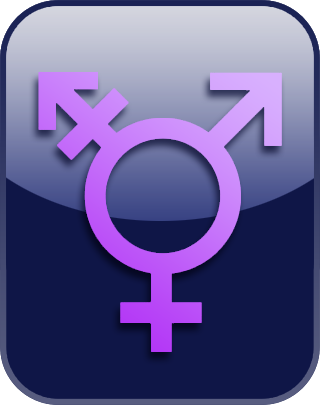 1. Free. This free online Gender Conception Test is delivered to you at no cost and will provide you with personalized test results and a complimentary snapshot of your views on the topic of gender conception.

2. Original. While other online tests of gender conception exist, the present test was created with unique items that assess some of the most recently debated and criticized aspects of genderism.

4. Statistical controls. Personalized test scores are added to an anonymized database, and statistical analyses are performed to ensure continued validity and reliability of test results.

5. Developed by professionals. This original test has been created by psychology research professionals experienced in psychometrics, personality inventories, and social psychological constructs.