Based on the work of Angela Duckworth, Ph.D.

Grit is a personality trait that has been defined by Angela Duckworth, Ph.D. as passion and perseverance for long-term goals even in the face of adversity. According to Dr. Duckworth, grit is a common factor among high-achieving individuals. Her research suggests that grit is unrelated to IQ but closely related to the conscientiousness factor on the Big Five Test.

I become overwhelmed by projects or goals that take a very long time to complete.

IDRlabs is not affiliated with Angela Duckworth. The test is developed with reference to Section 102 of the Copyright Act (Title 17 of the U.S. Code), which expresses that scientific ideas are not subject to copyright: “In no case does copyright protection for an original work of authorship extend to any idea, procedure, process, system, method of operation, concept, principle, or discovery, regardless of the form in which it is described, explained, illustrated, or embodied in such work.” No infringement is intended by the present test.

In psychology, grit is understood as a personality trait that is related to an individual's perseverance in the pursuit of particular long-term goals or end states. Individuals with high grit have a decisive drive to keep going in order to achieve the objective. This stubbornness related to effort is postulated to promote the overcoming of setbacks or hindrances that are in the way of the individual’s completing their objectives; thus, grit serves as an essential prerequisite for the individual in meeting their goal. While today grit is often branded by the work of Angela Duckworth, the trait has also been described in various and related forms by thinkers such as William James, Francis Galton, and Aristotle.

The authors of this free online psychological Grit Quiz are certified in the use of various personality tests and have worked professionally with psychology and personality typology. Before using our online test, please note that all results are provided “as-is” and should not be understood as the equivalent of professional assessment or recommendations of any kind. For more on our free online Grit Test, please refer to our Terms of Service. 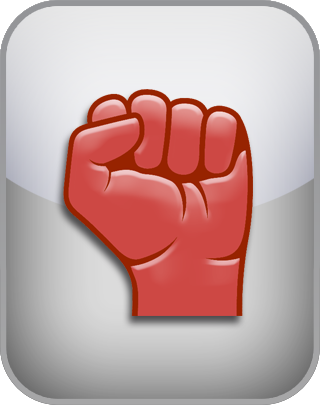 1. Free. This Grit Test will allow you to determine your level of passion and perseverance for long-term goals, even in the face of adversity, as related to the popular psychological theory of grit.

2. Often used. The concept of grit has been widely used in research, and many different types of success and achievement have been postulated to be the result of grit.

4. Crafted by professionals. The present grit test has been made with the input of researchers who work professionally with psychology, psychometrics, IQ, and the Big Five structure of personality traits.