The Hot/Crazy Scale is a phenomenon popularized by the sitcom How I Met Your Mother and is well-known in internet pop culture. Some claim that the theory is pseudoscientific, while others maintain that it’s backed by proper studies. The theory holds that it’s possible to decipher how you should regard a potential partner based on their levels of “hot” and “crazy.”

This version of the Hot/Crazy Scale Test presents an updated and gender-neutral approach to the theory.

To take the Hot/Crazy Test, indicate your responses to each of the following statements below.

I usually feel positive about the future.

The test provides feedback such as the following: No-Go Zone: Ah, the No-Go Zone. According to the originators of the Hot/Crazy Scale, one shouldn’t date people in this zone for the simple reason that they are not hot enough. It’s dogmatic, but to the followers of the theory, that’s part of the fun (or simply a fact of life). It may not be sympathetic, but there’s no denying that “beauty privilege” is a thing in the sense that attractive people are offered favors and kindnesses that other people are not. On the other hand, studies have shown that one reason people are lonely today is that many are holding out for “something better,” refusing to give people a chance if their physical beauty is not deemed sufficient. So maybe the followers of the Hot/Crazy Scale are making themselves unhappy by insisting on these criteria.

Fun Zone: People in the Fun Zone are cool, above average in attractiveness, and great to hang out with. Everyone should spend some time in the fun zone, to find out what they like and dislike in a partner and to get the awkwardness out of their system so that they will eventually be ready for marriage or a serious relationship. While fun is a good thing, the Fun Zone also has its risks. Since the zone is wedged right between the No-Go and Crazy zones, it is possible to mistake crazies and no-goers as fun. Inexperienced daters should seek a second opinion if they are unsure whether their potential partner is really in the Fun Zone.

Date Zone: People in the Date Zone are attractive, but they also tend to be quirky or strange. Introducing them to one’s friends and family is often a question of hit or miss and tends to come down to the level of craziness that exists in one’s own social circle to begin with. There is nothing wrong with forming a relationship with someone in the Date Zone. In fact, many Date Zoners tend to mature with age, often to the point of becoming marriage material. That being said, it is also possible for Date Zoners to never mature, or to grow even crazier, and thus slip into the Danger Zone. Therefore, one should pay close attention to whether the Hot or the Crazy seems to have the upper hand when dating someone from the Date Zone.

As the developers and publishers of this Hot/Crazy Scale Test, which allows you to screen yourself for your levels of hot and crazy according to the popular internet theory, we have striven to make this test as reliable and valid as possible by subjecting it to statistical controls and validation. However, free online quizzes such as the present Hot/Crazy Scale Test do not provide professional assessments or recommendations of any kind; the test is provided entirely “as-is.” For more information about any of our online tests and quizzes, please consult our Terms of Service. 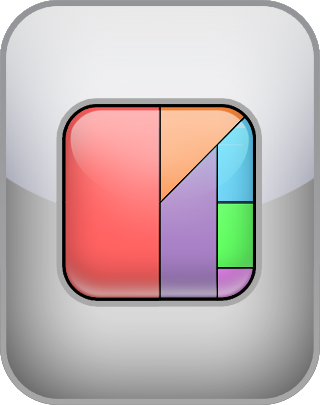