Since 2001 there has been a steadily increasing awareness of discrimination against Muslims. Despite the widespread use of the word “Islamophobia,” the term has also been criticized for confounding prejudiced views of Muslims with legitimate criticisms of Islam.

The current test was developed by psychologists Imhoff and Recker and further refined by researchers Crane and Bano. It seeks to separate the bigoted and unequal treatment of Muslims from legitimate criticisms of Islam, as seen from a Western, liberal standpoint.

To what degree are you Islamophobic? For each of the following statements, indicate how strongly it applies to you below.

Most Muslims share an ideology through their religion that predisposes them towards certain political and/or military goals.

The IDRlabs Islamophobia Test utilized research from researchers Imhoff, Recker, Crane, and Bano to produce this free online test. This Islamophobia Test is based on the New Scale to Measure Islamoprejudice and Secular Islam Critique as developed and refined by these researchers. The test is a theoretical framework positing that certain criticisms of Islamic practices can legitimately be separated from the bigoted practice of Islamophobia. While Islamophobia is often thought of as something that is overtly negative, and hostility towards Muslims is pervasive across the Western world, this test demonstrates the ambivalent and often nuanced nature of the range of attitudes towards Islam that prevail in such countries.

This test provides a composite Islamophobia score, as well as scores for the subscales of unbiased criticism and positivity towards Islam, in order to comprehensively assess the extent of one’s prejudice toward Muslims. IDRlabs International and the present IDRlabs Islamophobia Test does not condone Islamophobia or the unequal treatment of Muslims.

The Islamophobia Test was developed by professionals certified in the delivery and interpretation of various psychological instruments; people who have worked in fields of psychology including social psychology, typology, and personality testing. Free online tests such as the Islamophobia Test are solely intended to be informative and educational tools for the consideration of the construct being measured. They should not be understood to provide a definitive answer regarding personal attitudes, beliefs, or components of one’s personality.

Though developed and statistically validated by professionals, free online tests such as this one should not be understood as providing any kind of professional assessments, results, or recommendations. Individual test scores and accompanying personality snapshots of our free online Islamophobia Test are provided “as-is.” For additional information about our Islamophobia Test and our other free online psychological tests, please refer to our Terms of Service. 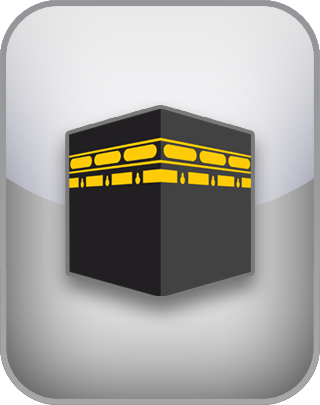 1. Free. This online Islamophobia Test is delivered to you free of charge and will allow you to explore whether you hold Islamophobic views and beliefs as defined by researchers Imhoff, Recker, Crane, and Bano.

3. Relevant to current events. Issues around the treatment of Muslims in Western societies are increasingly being discussed by world leaders and the general public.

4. Statistical controls. User results for the present test are logged into an anonymized database, and statistical analyses are performed to ensure results are as valid and reliable as possible.

5. Created by professionals. This test has been created by research professionals with experience in social psychology, typology, and political analysis.