The negativistic personality style encompasses a range of characteristics, all pointing to the presence of being resentful, skeptical, irritable, and the like. However, there is considerable variation in the type and extent of the traits.

Could you be said to have negativistic traits? For each of the following questions, indicate your level of agreement below.

I sometimes take it personally if people do not share my judgment of a book, a piece of music, a political opinion, or similar.

The IDRlabs Skeptical/ Negativistic Personality Test (IDR-SNPT) was developed by IDRlabs. The IDR-SNPT is based on the work of Désirée Niessen and her colleagues, who developed the Optimism-Pessimism Short Scale-2 (SOP2). The IDR-SNPT is not associated with any specific researchers in the field of personality psychology, psychopathology, or any affiliated research institutions.

The test measures the following domains:

Resentment: People with negativistic personality elements tend to have bitter indignation, which stems from a core feeling of having been treated unfairly. Believing that the world is fundamentally unfair, they frequently procrastinate or self-sabotage by pursuing their goals with inefficiency and obstinacy, accompanied by contrary and irksome behaviors. As many are deep down blaming themselves, beneath this veneer of resentfulness directed at others, some negativistic also tend to feel good when they make other people feel less confident about themselves.

Contrariness: As a consequence of their vacillating self-perception and the doubt they have about their own competency and worth, negativistic individuals often end up taking conflicting and changing roles in their relationships. They may show a dependent and contrite meekness at one point and then become assertive, hostile, and domineering the next.

Skepticism: People who score high in this dimension tend to be cynical, doubtful, and untrusting. They often approach positive events with disbelief, and positive future possibilities with pessimism, anger, self-sabotage, and trepidation. Many have a misanthropic view of life and have the propensity to whine and grumble. They often compensate by voicing disdain and leveling caustic comments at those who are experiencing good fortune in life.

Discontentment: Negativistic individuals tend to have a discontented self-image. They see themselves as misunderstood, luckless, unappreciated, and undervalued; as jinxed, and demeaned by others. They tend to be characteristically embittered, disgruntled, and disillusioned with life. Hence, it is often difficult for them to appreciate life and the kindness others are showing them.

Vacillation: People with negativistic personality features have complex and countervailing internalized representations of the past. They tend to experience contradictory feelings and conflicting inclinations and struggle with incompatible, unresolved memories of the past. These may be caused by their desire to degrade the achievements and pleasures of others without necessarily appearing to do so or consciously grasping this desire to demean themselves.

Displacement: The negativistic personality style is characterized by discharging anger and other troublesome emotions that should really be directed against oneself or against powerful people whom it is unconsciously deemed safe to use as scapegoats. Thus, negativistic people often shift their aggressive impulses from where they belong to settings or persons of lesser significance. People who score high in this dimension also tend to vent disapproval by substitute or passive means, such as acting inept or perplexed or behaving in a forgetful or indolent manner.

Divergent Goals: Individuals with negativistic personality traits tend to have coping and defensive maneuvers that are directed toward mutually incompatible goals. As a consequence, they tend to leave major conflicts in their lives unresolved and fail to achieve the psychic cohesion that would enable them to realize complex goals in adulthood. Hence, the fulfillment of one drive or need in them is often seen to nullify or reverse another.

Irritable Mood: People with negativistic personality features tend to be touchy, temperamental, and peevish. They are often perceived as sullen, moody, and withdrawn. They are also usually petulant and impatient. They may usually complain about those in authority and report that they generally feel annoyed or frustrated by others.

As the publishers of this negativistic personality test, which allows you to screen yourself for the signs of this trait, we have strived to make the test as reliable and valid as possible by subjecting this test to statistical controls and validation. However, free online quizzes such as the present negativistic personality test do not provide professional assessments or recommendations of any kind; the test is provided entirely “as-is.” For more information about any of our online tests and quizzes, please consult our Terms of Service. 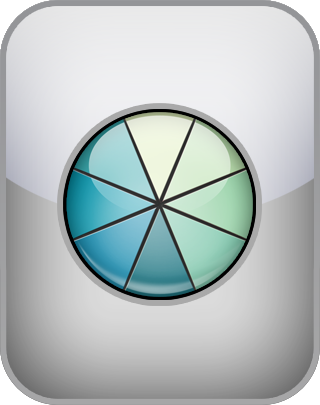 1. Free. This negativistic personality test is delivered to you free of charge and will allow you to obtain your scores related to resentfulness, incompatibility, skepticism, discontentment, vacillating contents, displacement dynamics, divergent architecture, and irritable mood.