Quotes by and about Daniel Day-Lewis

Day-Lewis: "The West has always been the epicenter of possibility. One of the ways we forge against mortality is to head west. It's to do with catching the sun before it slips behind the horizon. We all keep moving toward the sun, wishing to get the last ray of hope before it sets."

[On why he prefers the cinema to the theater:]
Day-Lewis: "As a member of the audience I don't like it that I can't see what's going on in the eyes and in the face and in the most subtle responses of a performer when I'm more than a few rows back. I find it very frustrating."

Day-Lewis: "I just hate doing the thing that's the most obvious."

[Interviewer: "People characterize you as a 'serious' actor."]
Day-Lewis: "God help me, yes. Perhaps I'm particularly serious because I'm not unaware of the potential absurdity of what I'm doing." 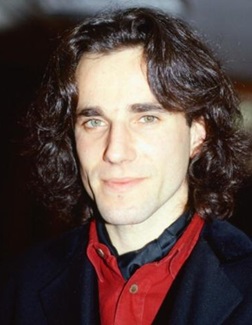 Day-Lewis: "I came from the educated middle class but I identified with the working classes. ... The lads whose fathers worked on the docks or in shipping yards or were shopkeepers. I knew that I wasn't part of that world, but I was intrigued by it. They had a different way of communicating."

Day-Lewis: "When I became interested in theater, the work I admired was ... about the inarticulate. I later saw that same thing in De Niro's early work - it was the most sublime struggle of a man trying to express himself. There was such poetry in that for me."

Day-Lewis: "I prefer the abstract concept of incoherence in the face of great feeling to beautiful, full sentences that convey little emotion."

Emanuel Levy: "His conduct is courtly and his expression eloquent, with carefully chosen words."