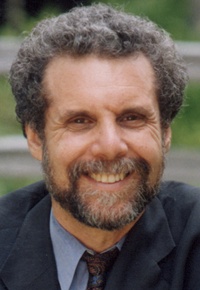 Quotes by and about Daniel Goleman

Goleman: "We have gone too far in emphasizing the value and import of the purely rational ... in human life. For better or worse, intelligence can come to nothing when the emotions hold sway."

Goleman: "If the test of social skill is the ability to calm distressing emotions in others, then handling someone at the peak of rage is perhaps the ultimate measure of mastery. ... One effective strategy might be to distract the angry person, empathize with his feelings and perspective, and then draw him into an alternative focus, one that attunes him with a more positive range of feeling - a kind of emotional judo."

Goleman: "[Men] are less sophisticated than the opposite sex in the byways of emotional life."

Goleman: "Vitality arises from sheer human contact, especially from loving connections. This makes the people we care about ... an elixir of sorts; an ever-renewing source of energy."

Goleman: "The neural exchange between a grandparent and a toddler, between lovers or a satisfied couple, or among good friends, has palpable virtues."

Goleman: "The practical lesson for us all comes down to: Nourish your social connections."

Goleman: "Erasmus of Rotterdam wrote ... of this [same] perennial tension between reason and emotion [that I try to] grasp."

Goleman: "The Buddhist model of the self may turn out to fit the data far better than the notions that have dominated Western thinking for the last century."

Goleman: "When you're with [the Dalai Lama] you do feel an immense sense of his presence, spontaneity and delight in things, which is a bit contagious."