Quotes by and about Frederick the Great

Frederick: "Practice and experience [are] to be well understood."

Frederick: "Knowledge of [an object] is to be attained ... by careful and studious ... particular and minute examination of it."

Frederick: "In an army, every individual part of it should aim at perfection, to make it appear to be the work of only one man." 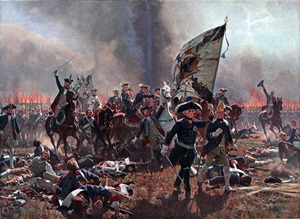 Frederick: "The strictest care and the most unremitting attention are required ... of my troops. The most exact discipline is ever to be maintained."

Frederick: "Soldiers should not be allowed to wander about. [An officer] should take care that each troop is led to regularity."

Frederick: "No relaxation of discipline is ... to be permitted."

Frederick: "[Moses] could not have been very skillful: he led the Jewish people down a forty-year path, which they very easily could have completed in six weeks." 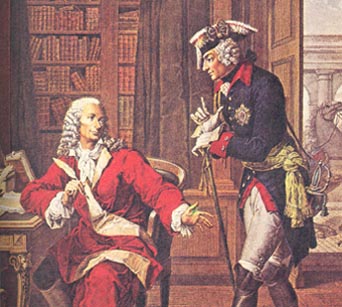 Frederick: "[I am not amongst those who] scorn today what they have admired yesterday, [who are] frivolous in the execution of their duties [and who] change their mistresses, residences, amusements and even their hobbies."

Frederick: "Machiavelli lacks the [understanding] to deal with the [practicalities of] battle."

Frederick: "If you examine [what Machiavelli says] carefully, not one of his proposals is reasonable or right."

Frederick: "[Machiavelli] gives many exciting rationales for his policies, but we look in vain for him to produce arguments that agree with sense impressions of our own."

Frederick: "One should preserve in the history only the names of the good princes, and let those of the others die forever, along with their indolence."

[Visiting Frederick's tomb after having conquered Prussia:]
Napoleon: "Gentlemen, if this man were still alive, I would not be here."

Gerhard Ritter: "He turned away from speculations about the unknowable. He was interested only in those questions that we must answer if we are to master ... practical life." 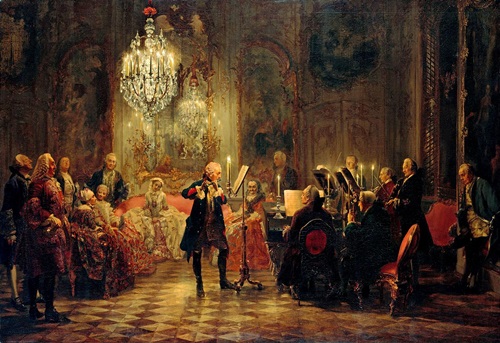