Quotes by and about Isaac Newton

Newton: "Atheism is so senseless and odious to mankind that it never had many [supporters]. ... There is a being who made all things and has all things in his power and who is therefore to be feared."

Newton: "If I have seen further [than those before me] it is by standing on the shoulders of giants." 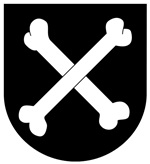 Newton: "If flying from justice and feigning false excuses be arguments of a guilty conscience, we must allow that [someone] by doing these things has betrayed himself guilty."

J.M. Keynes: "[Newton's] peculiar gift was the power of holding continuously in his mind a purely mental problem until he had seen it through."

George Polya: "As a young student, [Newton] ... read the theorems, saw that they were true, and omitted the proofs. He wondered why anybody should take pains to prove things so evident."

Neil deGrasse Tyson: "Isaac Newton [is] the smartest person ever - ever - to walk the face of this earth."