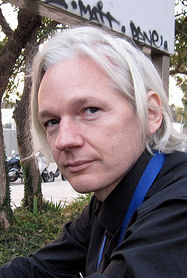 Quotes by and about Julian Assange

Assange: "The sense of perspective that interaction with multiple cultures gives you I find to be extremely valuable because it ... gives you a sense of mental independence."

New Republic Magazine: "[In 2010] Assange delivered an address that neatly captured his bizarre historical understanding and the messianic sense of mission that pervades WikiLeaks. ... Assange declared that the American slogan emblazoned on the gates of Guantanamo - HONOR BOUND TO DEFEND FREEDOM - is a worse 'perversion of the truth' than the signs at Nazi concentration camps proclaiming that work makes you free."

New Republic Magazine: "While awaiting trial [for hacking, the young Assange] read Solzhenitsyn and identified with the doctors and scientists who were thrown into the gulag. ... Assange came to see 'the defining human struggle not as left versus right, or faith versus reason, but as individual versus institution.'" 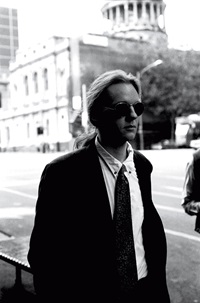 New Republic Magazine: "Assange [reasons that] the defenders of 'truth, love, and self-realization' must disrupt the authority."

New Republic Magazine: "His simultaneous embrace of leftist icons such as Noam Chomsky and right-wing libertarians seemed to indicate that he was open to ideas from either end of the political spectrum, so long as they were directed against authoritarianism."