Quotes by and about Leon Trotsky

Trotsky: "I was always an accurate and diligent schoolboy, and I have preserved these two qualities all my life."

Trotsky: "[As a schoolboy] I would rise early ... and run to school in order to reach there in time for the morning prayer. I was not tardy. I was quiet at my desk. I listened attentively and copied carefully. I worked diligently at home over my lessons. I went to bed at the prescribed hour. ... Whenever I met one of my teachers in the street, I bowed with all possible deference."

Trotsky: "A well-written book in which one can find new ideas, and a good pen with which to communicate one's own ideas to others, for me have always been and are today the most valuable and intimate products of culture. The desire for study has never left me, and many times in my life I felt that the revolution was interfering with my systematic work." 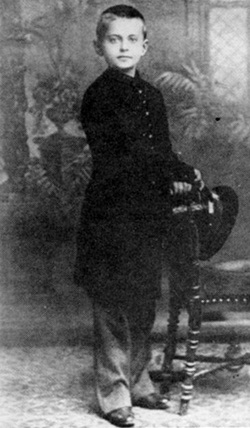 [Recalling an incident at age 9:]
Trotsky: "When the overseer once struck a shepherd with a [whip] because he had kept the horses out late, Monya grew pale and hissed between his teeth, 'How shameful!' And I felt that it was shameful. I do not know if I would have felt the same way if he had not made his remark; I am inclined to think I would. But in any event he helped me to feel that way, and this alone was enough to instil in me a lifelong sense of gratitude."

Trotsky: "In my inner life ... throughout my youth, nature and individuals occupied a lesser place than books and ideas. Despite my country bringing-up, I was not sensitive to nature. For a long time people passed through my mind like random shadows. I looked into myself and into books, in which in turn I tried again to find myself and my future."

Trotsky: "[My] social-revolutionary radicalism ... has become the ... pivot for my whole inner life. [It] grew out of [my] intellectual enmity toward the striving for petty ends [and] pragmatism."

Dmitri Volkogonov: "All his life Trotsky had thought in terms of epochs, continents and revolutions. When he addressed crowds of thousands of workers, peasants and soldiers, he created the impression that he was bringing the future closer with his words." 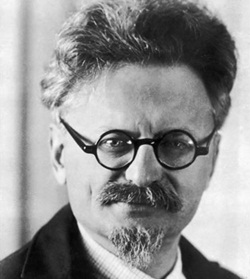 Trotsky: "The revolution is ... an awakening of human personality in the masses - who were supposed to possess no personality."

Trotsky: "In spite of occasional cruelty and the ... relentlessness of its methods, the revolution is, above all, the awakening of humanity, its onward march, and is marked with a growing respect for the personal dignity of every individual."

Harold Bloom: "Trotsky was a great, though murderous, human being [and] a remarkable writer."