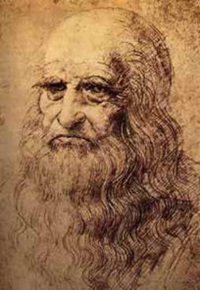 Quotes by and about Leonardo da Vinci

Da Vinci: "Many will consider they can reasonably blame me by alleging that my proofs are contrary to the authority of many men held in great esteem."

Da Vinci: "He is a poor master whose work is exalted in his own opinion, and he is on the road to perfection in art whose work falls short of his ideal."

Da Vinci: "Words which do not satisfy the ear of the listener will always weary or annoy him; and you will often see signs of this in such listeners in their frequent yawns. Therefore, you who speak before men whose good opinion you seek, when you observe such signs of vexation, shorten your speech or vary your argument; and if you do otherwise, then instead of the favor you seek you will incur hate and hostility." 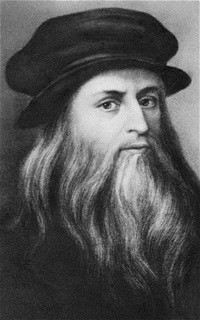 Da Vinci: "I do not consider that men of coarse and boorish habits ... deserve so fine an instrument nor such a complicated mechanism [as the voice] as men of contemplation and high culture. They merely need a sack in which their food may be held ... since verily they cannot be considered otherwise than as vehicles for food, for they seem to me to have nothing in common with the human race save the shape and the voice; as far as the rest is concerned they are lower than the beasts."

Da Vinci: "I was always destined to so deeply identify with birds of prey."

Da Vinci: "Far greater is the glory of the virtue of mortals than that of their riches. How many emperors and how many princes have lived and died and no record of them remains, and they only sought to gain dominions and riches in order that their fame might be ever-lasting. ... Do you not see that wealth in itself confers no honor on him who amasses it, which shall last when he is dead, as does knowledge - knowledge which shall always bear witness like a clarion to its creator, since knowledge is the daughter of its creator, and not the stepdaughter, like wealth."

Sigmund Freud: "Several of Leonardo's later admirers have made attempts to acquit his character of the flaw of instability. ... Valid as some of [their] excuses may be, they still do not cover the whole state of affairs that confronts us in Leonardo."

Sigmund Freud: "My book on Leonardo

is the only beautiful thing I have ever written."

Sigmund Freud: "[Leonardo's works were] for him an unsatisfactory embodiment of what he intended; he has some dim notion of a perfection, whose likeness time and again he despairs of reproducing."

C.G. Jung: "[What] is of absolutely paramount importance [to Ti] is the ... subjective idea ... standing ... darkly before the inner vision. Its aim ... [is concerned with] the shaping of that dim image into a resplendent idea."