Quotes by and about Mao Zedong

[At the onset of the Cultural Revolution]
Mao: "Everything is turning upside down. ... I love great upheavals!"

Mao: "The most ridiculous person in the world is the know-it-all who picks up a smattering of hearsay knowledge and proclaims himself 'the world's Number One authority'; this merely shows that he has not taken a proper measure of himself."

Mao: "The young and the uneducated have always been the ones to develop new ideas, create new schools, introduce new religions. The young are capable of grasping new situations and of initiating change, brave enough to challenge the old fogies."

Mao: "My father wanted me to read the classics [and] I debated him on his own ground, by quoting them. My father's favorite accusations against me were of unfilial conduct and laziness. Against his charge that I was lazy I [quoted from the classics] that older people should do more work than younger ones and [pointed out] that my father was over three times as old as myself. I declared that when I was his age I would be much more energetic!"

Mao: "To investigate a problem is, indeed, to solve it."

[In a letter to at friend while in school:]
Mao: "I am wearied by the burdensome details of science classes."

Rebecca Karl: "After learning the Marxist analytical method, Mao often referred to his father as 'the Ruling Power' that he, his mother, and assorted laborers always tried to overthrow in an ever-shifting dialectic of family relations."

Edgar Snow: "Mao seemed to me a very interesting and complex man [with] a lively sense of humor. ... His laughter was even active on the subject of himself. ... [He had] an incisive wit."

Edgar Snow: "Mao was an accomplished scholar of Classical Chinese, an omnivorous reader, a deep student of philosophy and history, a good speaker, a man with an unusual memory and extraordinary powers of concentration."

Edgar Snow: "[Mao was] an able writer, [but] careless in his personal habits and appearance." 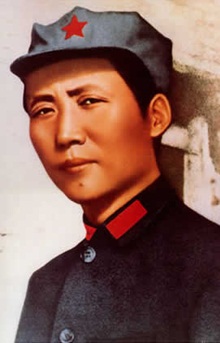 New York Times: "He often impressed his visitors with an apt allusion to literature or a salty proverb, [and] he could be remarkably offhand and whimsical for the leader of a country."

Maurice Meisner: "[Mao had] a love of reading, a pleasure he pursued with considerable passion throughout his life."

Li Zhisui: "Mao saw schedule and routine, protocol and ritual, as a means to control him, and he refused to be subordinate to them."

Li Zhisui: "He liked to help people relax by telling jokes and making small talk, and he was good at this. At first meetings, he was usually attentive and humorous. By putting people at ease, he could coax them to speak frankly. It was a way of gathering information."

Li Zhisui: "He reveled in his own unpredictability. When he went for a walk, he would always return by a different route. He never retraced his steps, never took the same path twice. He was always in search of the new, the untested, the untried, both in his private life and in the affairs of the nation."

Li Zhisui: "A rebel and iconoclast, he [saw himself as someone who] would dare to transform China and make it great. ... All of China was Mao's to experiment with as he wished."

Li Zhisui: "He dressed only when he absolutely had to and spent most of his day in bed, wearing a robe and nothing on his feet."

Li Zhisui: "Mao was never isolated from information. ... He read constantly and was always soliciting reports, both written and oral, from everyone around him, seeking to know all that he could about what was going on everywhere in China and the world." 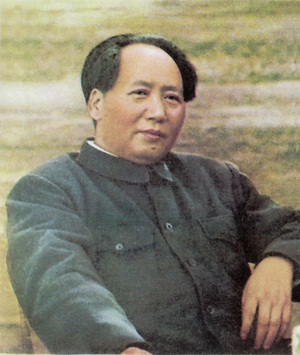 Li Zhisui: "'Is there any news?' was ... Mao's daily greeting, and he asked the same question of every staff member. It was his way of gathering information and keeping continual check on us. It was his way of controlling us, too."

Li Zhisui: "He expected us to repeat all our conversations and activities and encouraged us to criticize each other. He liked to play one member of the staff off against one another. He permitted no secrets."

Li Zhisui: "When insomnia struck, he would sometimes read a book or call a meeting - no matter how late or inconvenient for others - but often he would simply call someone in to chat. ... It was not unusual to receive a summons from Mao at three o'clock in the morning."

Li Zhisui: "What fascinated him most and absorbed much of his time was Chinese history. 'We have to learn from the past to serve the present,' he often said. ... I was shocked to learn not only that Mao identified with China's emperors but that his greatest admiration was reserved for the most ruthless and cruel of our country's tyrants."

Li Zhisui: "He used the stories of China's past both to understand and to manipulate the present. ... I am convinced that the intrigues in China's ancient imperial courts were a far more powerful influence on his thought than Marxism-Leninism."

Li Zhisui: "He turned to the past for instruction on how to rule, for guidance on how to manipulate the conspiracies that plagued those in the highest reaches of power."

Li Zhisui: "It was [the party elite's] unoriginal copying of the Soviet Union and their mindless, superstitious recitation of Marx that bothered him most. 'Marxism didn't just drop from heaven,' Mao would say. 'We shouldn't do everything according to the books, slavishly copying every word.'"

Li Zhisui: "He traced the party's slave mentality to China's Confucian past. ... Confucianism had stifled creativity in the past, and Marxist dogma was stifling it today. Marx was a new Confucius, crippling China, preventing the country from moving forward."

Li Zhisui: "Much as Mao disliked Stalin, he thought the Soviet leader had been right to criticize Marx. Stalin knew that Marx was not always right and had pushed ahead courageously to develop the theory and practice of socialism."