Quotes by and about Mohamed Atta

The Observer: "[He] was a shy, considerate man."

The Observer: "He cared deeply about people. It is not just that he cared about the Muslim poor. He even cared about the next American to rent his hire car. Brad Warrick, of Warrick's Rent-a-Car in Pompano Beach, Florida, said that Atta called him to say the car's oil light was on. When he returned it on 9 September, Atta reminded him about the light. Unconsciously echoing the many Germans who experienced Atta's consideration, Warrick said: 'The only thing out of the ordinary was that he was nice enough to let me know that the car needed an oil change.'" 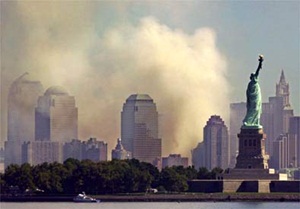 Time Magazine: "He did not have a lot of friends. He would get upset if someone's jokes went too far with him. He was too decent and liked to keep everything in the right place and everyone in his right place. His approach would be, 'Look, I do not know you too well so you should not kid around with me or go too far.'"

[His thesis supervisor:] "At the beginning, we spoke often about how religions can co-exist. He was very intellectually engaged with this problem."

Volker Hauth: "One of the main points of his critique [of Egyptian affairs] was the contrast between a few rich people and the mass of people with barely enough to survive."

Matthias Frinken: "He was very critical of capitalistic, Western development."

9/11 Commission Report: "Atta's friends ... remember him as charismatic, intelligent, and persuasive, albeit intolerant of dissent."

9/11 Commission Report: "He appears to have applied himself fairly seriously to his studies (at least in comparison to his jihadist friends) and actually received his degree shortly before traveling to Afghanistan. In school, Atta came across as very intelligent and reasonably pleasant, with an excellent command of the German language. When Atta arrived in Germany, he appeared religious, but not fanatically so. This would change, especially as his tendency to assert leadership became increasingly pronounced. ... In the fall of 1997, he joined a working group at the Quds mosque in Hamburg, a group designed to bridge the gap between Muslims and Christians. Atta proved a poor bridge, however, because of his abrasive and increasingly dogmatic personality. But among those who shared his beliefs, Atta stood out as a decisionmaker. Atta's friends during this period remember him as charismatic, intelligent, and persuasive, albeit intolerant of dissent."

9/11 Commission Report: "In his interactions with other students, Atta voiced virulently anti-Semitic and anti-American opinions, ranging from condemnations of what he described as a global Jewish movement centered in New York City that supposedly controlled the financial world and the media, to polemics against governments of the Arab world. To him, Saddam Hussein was an American stooge set up to give Washington an excuse to intervene in the Middle East. Within his circle, Atta advocated violent jihad. He reportedly asked one individual close to the group if he was 'ready to fight for [his] belief' and dismissed him as too weak for jihad when the person declined."