Quotes by and about Stephen Hawking

Hawking: "If ever a new observation is found to disagree [with a theory], we have to abandon or modify the theory. At least that is what is supposed to happen, but you can always question the competence of the person who carried out the observation."

Hawking: "Being confined to a wheelchair doesn't bother me as my mind is free to roam the universe."

Hawking: "I read a fair amount of science fiction in my teens. Now I write it - only I like to think it is science fact."

[Asked about his contempt for the arts:]
Hawking: "An awful lot of the arts world is mediocre or sham. But there are a few great works that have a direct effect on people."

Hawking: "Look up at the stars, not down at your feet."

Hawking: "[Women] are a complete mystery."

Hawking: "In the past, there was active discrimination against women in science. That has now gone, and although there are residual effects, these are not enough to account for the small numbers of women [in science] particularly in mathematics and physics. ... It is generally recognized that women are ... less good at map-reading and spatial awareness. It is therefore not unreasonable to suppose that women might be less good at mathematics and physics. ... It cannot be denied that there are differences between men and women."

The New Yorker: "We asked if he was impressed with any of the recent books that draw parallels between the insights of Eastern philosophy (especially Zen Buddhism) and modern physics (especially the Uncertainty Principle of quantum mechanics). He replied: 'I think that is a copout [for] people [who] find physics too difficult.'"

The Guardian: "Stephen Hawking and I get off to a bad start when the questions I send him ahead of the interview are returned the next day with a note: 'I want shorter, better focused, numbered questions, not a stream of consciousness.'" 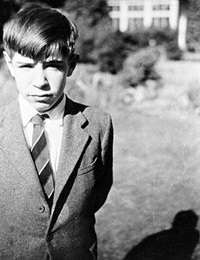 The Guardian: "His tone might as easily be a sign of geekiness or superiority or intolerance of non-scientists."

Deepak Chopra: I think he's the most important figure in our time. He has iconic stature, similar to Einstein in our time. His mind roams the edges of the universe. ... He has the greatest amount of perceived authority in the world right now."