Quotes by and about Steve Wozniak

Wozniak: "I learned [early on] that you can tell people things - crazy jokes and stories - and people will usually believe them." 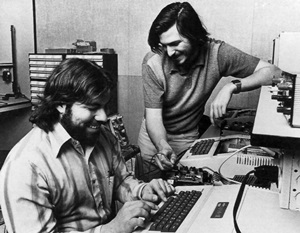 Wozniak: "Steve didn't ever code. He wasn't an engineer and he didn't do any original design, but he was technical enough to alter and change and add to other designs. I did all of the Apple I and Apple II [and] all of the BASIC myself."

Wozniak: "Although I was the sole logic designer and programmer and 'inventor' in this sense, the contributions of others, especially Steve Jobs, were critical to how this computer struck the world. Without a nicely packaged product in an attractive, acceptable plastic case that said 'I'm OK in your home,' this product would have died like the other hobby computers for nerds. Apple was successful not just because of a great piece of hardware but because of the right communications and the complete product (including manuals and ads and our employees and priorities) the world got the message that it was time to change a lot of things in our lives. Steve Jobs truly deserves the visionary credit here." 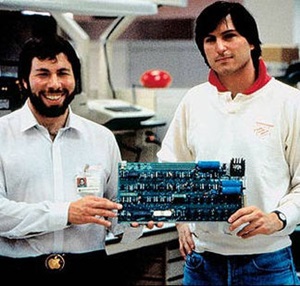 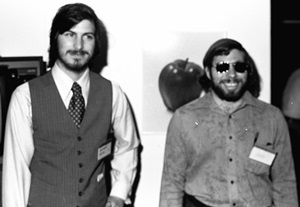 [Asked how he and Steve Jobs divided the work between them early on:]
Wozniak: "We actually never talked about it even once. If there was any engineering to do, hardware or software, I did it because Steve could do stuff, but he couldn't do it as well as I. So never once did he even try. ... He'd [be] on the phone talking to reporters, talking to stores, 'Do you want us to ship you some computers, do you want to start buying them?' Talking to the dealers on the parts, ordering the parts, negotiating process, getting brochures made up or ads for magazines."

Wozniak: "If there was anything that neither one of us knew how to do, Steve would do it. He'd just find a way to do it. He was just gung-ho and pressing for this company to be successful."

Wozniak: "[Steve Jobs] doesn't ever ... intrude on my space. I try not to intrude on his."

Wozniak: "I've always considered Steve a good, if not close friend. We have quite different lives and goals in some ways but we share many great memories of the times when our lives were forming, even before Apple. ... Many times I wish that we were close. [But Steve] is more trapped to his job responsibilities and partly wishes that he could be like myself, with freedom and time for [other] experiences."

Wozniak: "I'm glad that Apple is in Steve's unusual hands and hope that it continues in that fashion even when he's gone." 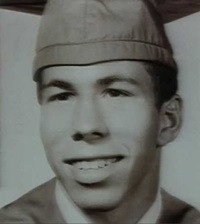 Wozniak: "I've always had this technical side and then this human side. For instance, I remember telling my dad when I was ten that when I grew up, I wanted to be an engineer like him, but I also remember saying I wanted to be a fifth-grade teacher, like Miss Skrak at my school. ... Anyone you meet who knows me will tell you that that is exactly me - an engineer, but an engineer who worries about people a lot."

Wozniak: "I don't really know what Gates' and Jobs' feelings are about each other. I think that Steve is probably a little jealous that Bill wasn't smarter but wound up with the mass market dollar."