White privilege is the alleged social privilege that benefits white people over non-white people in some of the world’s societies. A sometimes doubted or disputed concept, author Chimamanda Ngozi Adichie used the research of Peggy McIntosh to craft the present White Privilege Test. The test is endorsed by Black Lives Matter, The European University Institute, and the UK Royal Historical Society.

Could you be said to have white privilege? For each of the following statements, indicate how well it describes you below.

I can go to a hairdresser and be sure they know how to cut my hair.

The IDRlabs White Privilege Test (IDR-WPT) was based on the work of author Chimamanda Ngozi Adichie used the research of Peggy McIntosh at the Wellesley Centers for Women. A researcher, Peggy McIntosh, wrote the article: “White Privilege: Unpacking the Invisible Knapsack.” The IDR-WPT is not associated with the aforementioned researchers.

The IDRlabs White Privilege Test was informed by the article: “White Privilege: Unpacking the Invisible Knapsack” regarding concepts on experiencing unfair and special treatment based on skin color as published in McIntosh, P. (1989). White privilege: Unpacking the invisible knapsack. Peace and Freedom. Murdoch, A., & McAloney-Kocaman, K. (2019). Exposure to evidence of white privilege and perceptions of hardships among white UK residents. Race and Social Problems., N. & Goodman, M. (2014). An empirical analysis of White privilege, social position, and health. Soc Sci Med.

Today, Peggy McIntosh's seminal essay "White Privilege: Unpacking the Invisible Knapsack" is frequently used to explain white privilege. The 1988 essay's personal and concrete descriptions of the repercussions of white privilege aid readers in understanding it. White privilege was seen by many as an unspoken power that white people needed to acknowledge. It was being able to enter a store and discover that the shampoo and underwear main displays were tailored to your hair type and skin tone. It was being able to turn on the television and see a large representation of individuals of your race. It meant going about life without being unfairly or racially targeted.

Education specialist Jacob Bennett traced the development of the phrase in a comprehensive article. Prior to the Civil Rights Act of 1964, "white privilege" referred to the legal and institutional benefits that the United States granted to white individuals, such as citizenship, the right to vote, or the opportunity to purchase a home in the area of their choice.

People like Peggy McIntosh only began to see white privilege as more psychological—a subconscious prejudice sustained by white people's lack of awareness that they held this power—after discrimination continued for years after the Civil Rights Act of 1964.

As the publishers of this free online White privilege test, which allows you to screen yourself for the signs and symptoms of this sometimes contested social phenomena, we have strived to make the test as true to the source material as possible. However, free online quizzes such as the present White privilege test do not provide professional assessments or recommendations of any kind; the test is provided entirely “as-is.” For more information about any of our online tests and quizzes, please consult our Terms of Service. 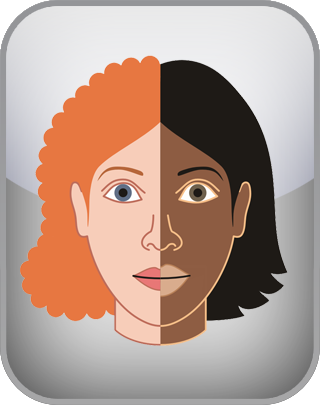 1. Free. This White privilege test is delivered to you free of charge and will allow you to obtain your scores related to having special treatment associated with skin color.