What would their instrument say about your view of gender roles? For each of the following questions, indicate your answer below.

In a heterosexual couple, who do you think should be responsible for...

Protecting the couple from physical harm.

The Gender Stereotype Test (IDR-GST) was developed by IDRlabs. The IDR-GST is based on the work of Dr. Maura Mills, Dr. Ann Huffman, Dr. Satoris Culbertson, and Angela Connell, who created the Gender Role Stereotypes Scale (GRSS). The IDR-GST is not associated with any specific researchers in the field of personality psychology or any affiliated research institutions.

The IDRlabs Gender Stereotype Test was informed by the GRSS, as published in Mills, Maura & Culbertson, Satoris & Huffman, Ann & Connell, Angela. (2012). Assessing gender biases: Development and initial validation of the gender role stereotypes scale. Gender in Management. 27. The work of Dr. Mills, Dr. Huffman, Dr. Culbertson, and Connell has also informed some of the diagnostic criteria in the form of the widely used psychological instrument, the GRSS for psychometric use especially by qualified mental health professionals. The present test is intended for educational purposes only. IDRlabs and the present IDRlabs Gender Stereotype Test are independent of the above researchers, therapists, authors, organizations, or their affiliated institutions.

The Gender Stereotype Test is based on a famous and well-regarded inventory used to measure individual differences in gender role stereotypes. However, free online tests and quizzes such as this one are solely first takes and cannot provide an accurate assessment of your personality. Hence, the test is intended to be used for educational purposes only. A definitive gender bias assessment can be made only by a qualified professional.

As the publishers of this free online Gender Stereotype Test, which allows you to screen yourself for the indications of gender role stereotypes, we have striven to make the test as reliable and valid as possible by subjecting it to statistical controls and validation. However, free online quizzes such as the present Gender Stereotype Test do not provide professional assessments or recommendations of any kind; the test is provided entirely “as-is.” For more information about any of our online tests and quizzes, please consult our Terms of Service. 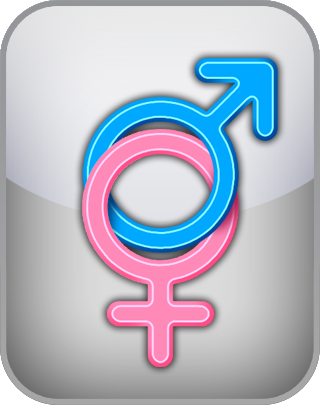 1. Free. This Gender Stereotype Test is delivered to you free of charge and will allow you to obtain your scores related to conventional views of gender.

2. Societally oriented. The feedback delivered by this instrument is based on the work of Ph.D.s and is designed to deliver a clear picture of the respondent’s current adherence to gender role stereotypes.