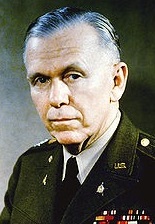 Quotes by and about George Marshall

Marshall: "There can be no substitute for effort."

[Asked why he made it a priority to reward and recognize soldiers for admirable service:]
Marshall: "Men can stand almost anything if their works receive public acknowledgment."

Marshall: "As to coddling the soldiers, I was responsible for as much of that abroad as anybody because I felt we had to do everything we could to make the men feel that we had the highest solicitude for their condition. ... They were being taken from home; they were being taken away from [work] and their wives and families. ... I was for supplying everything we could and then requiring him to fight to the death when the time came. You had to put these two things together, because if it were all solicitude, then you had no army. But you couldn't be severe in your demands unless [the soldier] was convinced that you were doing everything you could to make matters well for him."

Marshall: "A readiness to cooperate ... is one of the great and hopeful factors of the world of today."

Marshall: "Perhaps the most important single factor [in obtaining peace] will be a spiritual regeneration to develop goodwill, faith, and understanding among nations."

Marshall: "The people of the United States have fully demonstrated their willingness to fight and die in the terrible struggle for the freedom we all prize, to sacrifice their own men in large numbers for this common cause, and to contribute vast sums for the general benefit of the Western countries. ... I believe the attitude of cooperation has been thoroughly proven."

Marshall: "In America we have a creed which comes to us from the deep roots of the past. It springs from the convictions of the men and women of many lands who founded the nation and made it great." 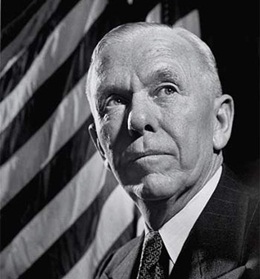 Marshall: "If we act with wisdom and magnanimity, we can guide [the] yearnings of the [world's] poor to a richer and better life through democracy. ... By our actions we should make it clear that such a democracy is a means to a better way of life, together with a better understanding among nations. Tyranny inevitably must retire before the tremendous moral strength of the gospel of freedom."

Marshall [ending his Nobel lecture]: "I fear, in fact I am rather certain, that due to my inability to express myself with the power and penetration of the great Churchill, I have not made clear the points that assume such prominence and importance in my mind. However, I have done my best, and I hope I have sown some seeds which may bring forth good fruit."

Dwight Eisenhower [to Marshall:] "I salute you as the greatest soldier of our time and a true leader of democracy."

Harry Truman: "The more I see and talk to Gen. Marshall, the more certain I am he's the great one of the age."

Winston Churchill: "He is [a] true 'organizer of victory.'"

Winston Churchill: "There are few men whose qualities of mind and character have impressed me so deeply as those of General Marshall. ... Succeeding generations must not be allowed to forget his achievements and his example."

Alistair Cooke: "[He was] a man devoted to the daily study of war on several continents with all the ardor of a certified public accountant."

Orson Welles: "George Marshall is the greatest man I ever met. He was the greatest human being who was also a great man. ... He was a tremendous gentleman, you know? An old-fashioned institution which isn't with us anymore."

Lance Morrow: "Washington and Marshall were soldiers of maturity and gravitas: father figures, not sons. In both generals duty evolved beyond ego and broke through to a sort of higher self-effacement, an identification by which they merged themselves with their country's purposes. The Greeks might have thought Patton and Custer embodied hubris; they would have assigned Washington and Marshall to the realm of arete, or virtue - the self fulfilled in noble accomplishment for the state. Washington and Marshall were not only warriors but, after their wars, something more constructive than that. As Emerson said, 'Every hero becomes a bore at last.' Washington and Marshall both may seem too good to be true. But when I put Washington and Marshall side by side, and look at them against the background of the national leadership now in office, it is easy to think that I am looking at the first American grown-up - and the last." 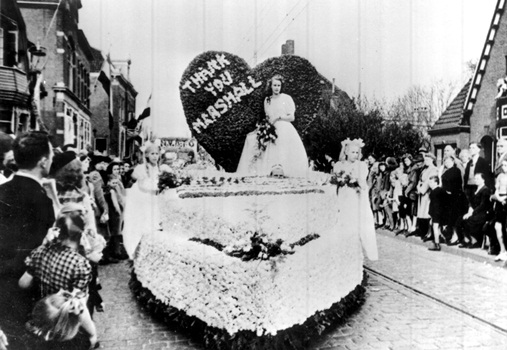