Quotes by and about Gerald Ford

Ford: "I have never promised more than I could produce, and I have produced everything that I have promised."

Ford: "Too often critics seem more intent on seeking new ways to alter Congress than to truly learn how it functions." 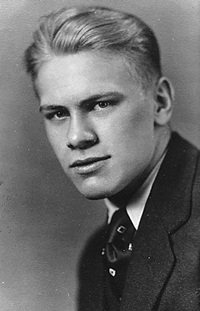 Ford: "I have a basic philosophy. When I meet somebody ... my approach is there must be something nice in that person. And if you get to know the nice part of the individual, then you develop a relationship and a friendship that is invaluable."

Ford: "And I say with great emphasis [that] everybody I've ever met, you can find something good about them. And I think that's a trick that we ought to embellish and appreciate rather than discard."

Ford: "I was shocked [to be told to prepare to assume the presidency] because I had been assured by President Nixon many times that he knew nothing about the [Watergate] break-in, that he had no part in the cover-up, and I generally, almost automatically, believe people, especially close friends of mine."

Ford: "I'm not one that likes to fire people."

Joe Waggoner: "It's the damnedest thing. Jerry just puts his arm around a colleague or looks him in the eyes and says, 'I need your vote,' and gets it."

James Cannon: "More than any other president ... Ford was chosen for his integrity and trustworthiness. ... He told the truth and kept his word."

Steven J. Rubenzer: "He greatly enjoyed just talking with people [yet] he let his actions speak louder than his words."

W. Pederson: "[He is] a common-sense, unpretentious Midwesterner with a balanced personality."

Patrick Edaburn: "In looking at their lives and their presidencies it is interesting to consider the many similarities [between Ford and Truman]."

Washington Post: "Jerry Ford is the most normal, sane, down-to-earth individual to work in the Oval Office since Harry Truman left."

Bud Vestal: "He never made an enemy needlessly."

John M. Berecz: "While many politicians respected Richard Nixon's abilities, Ford was one of the few who talked about liking Nixon. ... It was part of Ford's personality to like almost everybody."