Quotes by and about Ludwig von Mises

Mises: "Economics necessarily must be a complete and united whole. In economics there can be no specialization. To deal with a part one must do so on the foundation of a theory that comprises all the problems."

Mises: "Action is purposive conduct. It is not simply behavior. ... It is volition; it is a display of the will."

Mises: "Science is the creation of individuals; it is never the achievement of the cooperation of a number of people."

Mises: "The criterion of truth is that it works even if nobody is prepared to acknowledge it."

Mises: "Truth will prevail by its own force if man has the ability to perceive it. If he lacks this ability, it will be useless."

Mises: "[During my career I often] met opponents whose motives were not objective."

Mises: "Only he who fully understands economic theory can comprehend the great questions. ... Only he who masters the most difficult task ... can determine whether capitalism, or socialism, or interventionism [is] suitable."

Mises: "[People] are incapable of independent judgment. This is precisely the great danger."

Mises: "I regret only my willingness to compromise, not my intransigence."

Mises: "Compromises are treason to truth."

Mises: "It was solely due to my efforts that Bolshevism did not ... prevail in Vienna [after WW1]. Only a few people had supported me in my efforts and their help was rather ineffective. I, alone, managed to turn [Austria] away from seeking union with Moscow."

Mises: "'Atlas Shrugged' is not merely a novel. It is also ... a cogent analysis of the evils that plague our society." 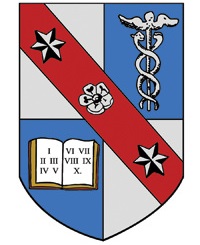 Gordon Tullock: "He attracted a number of ... economists who almost formed a church in his honor. ... [They] practically deified him."

Murray Rothbard: "[Mises carved] out ... the mighty structure of economics and social science that he alone had had the genius to see as a coherent whole."

J.M. Keynes: "[Mises] is enlightened in the highest degree possible. ... So intelligent, so candid."

Friedrich Hayek: "I came to know him as one of the best educated and informed men I have ever known."

Friedrich Hayek: "He was usually right in his conclusions, but I was [never] completely satisfied with his argument."

Friedrich Hayek: "Mises was very resentful of any criticism by his pupils and temporarily broke both with Machlup and Haberler because they criticized him."

Gary North: "Mises never gave an inch, nor did he give quarter. He was intransigent. He was also tenacious. He would not change his mind, and he would not go away quietly."

Weiss von Wellenstein: "[He is] the greatest mind Austria has produced [but] he is not easy to handle. He is obstinate, will never change his mind once he is convinced he is right, and he will rather have an enemy than make concessions or deviate from his convictions."

Paul Taft: "[Mises'] most eminent qualities were his inflexible honesty, his unhesitating sincerity. ... He never yielded. He always freely enunciated what he considered to be true. ... He never compromised. This firmness marks him as one of the outstanding characters of this age."

Hans-Hermann Hoppe: "Most economic ideas associated with Hayek were originated by Mises, and this fact alone would make Mises rank far above Hayek as an economist."

Hans-Hermann Hoppe: "How refreshingly clear ... is Mises! For him, the definition of liberalism can be condensed into a single term: private property. The state, for Mises, is legalized force, and its only function is to defend life and property by beating antisocial elements into submission."

Ron Paul: "His determination and consistency were buoyed by the confidence that he was right, and that rectitude was all that mattered."

Credit for the recolorization of the photo of Ludwig von Mises belongs to Jordan J. Lloyd / Dynamichrome.