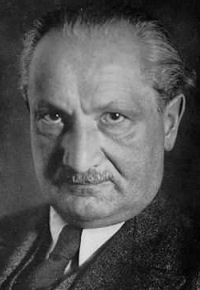 Quotes by and about Martin Heidegger

Heidegger: "The future of the West depends upon the proper understanding of metaphysics as presented in my thought."

Heidegger: "Reason, glorified for centuries, is the stiff-necked adversary of [true] thought."

[Asked what he thought of Sartre's interpretation of his work:]
Heidegger: "How can I read that drivel?"

Heidegger: "Mussolini and Hitler have [both] learned from Nietzsche."

Karl Lowith: "He left no doubt about his faith in Hitler."

Heidegger: "For what is healthy and what is sick, every people and age gives itself according to its own law, according to the inner greatness and extension of its existence."

Heidegger: "For every people, the first warranty of its authenticity and greatness is in its blood, its soil, and its physical growth. If it loses this good or even only allows it to become considerably weakened, all effort at state politics, all economic and technical ability, all spiritual action will remain in the end null and void."

Raleigh Drohan: "[To Heidegger] 'subject' means submission to the community. The more that the individual identifies with the community, the more of a true being he becomes."

Heidegger: "The accent [that I place] on the community in opposition to the egotism of the individual is not ... the overcoming of subjectivism but indeed its fulfillment."

Heidegger: "[Man is] not the separate individual, but man in his essence." 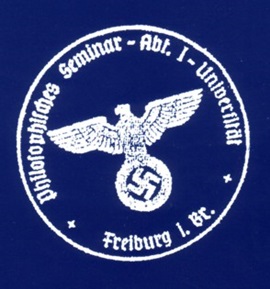 Raleigh Drohan: "[Heidegger had a] special stamp that he used in his letters when he directed the philosophy seminars at Freiburg."

Peter E. Gordon: "Heidegger justifies the Nazi ideal of Lebensraum but observes that the concept is only intelligible to those who belong to the German nation."

Heidegger: "The fundamental mistake [in interpreting my work is that people regard me as a] creative and profound philosopher. ... I am no philosopher. I do not think that I am doing anything remotely comparable [to philosophy]; that is not my intention."

Heidegger: "[It is a mistake] to compare [me] to Nietzsche and Kierkegaard ... [I am] nothing of the sort." 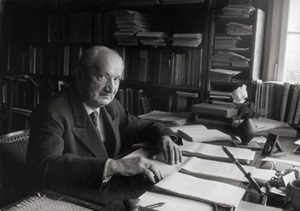 Stephen Hicks: "Ask professional philosophers of today to name the five most significant philosophers of the twentieth century and, whether they love him or loathe him, most will include Heidegger on the list."

Walter Kaufmann: "[Heidegger] was as solemn as could be."

Walter Kaufmann: "[Heidegger] was sure that there were only two languages in which serious thinking ... was possible: German and ancient Greek."

Peter E. Gordon: "[Heidegger postulated a] typology, pitting the nomad against those who are 'rooted in the soil.'"

Walter Kaufmann: "[He had great] courtesy." [Upon meeting Heidegger in 1953.]

Steven Pinker: "Heidegger hated science, modernity, & Jews; joined the Nazis; denied the Holocaust. Why is he a hero to postmodernists?" 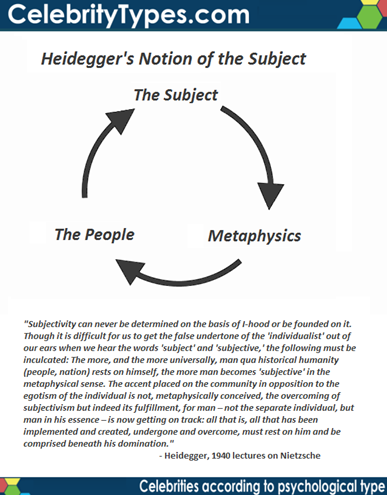