In their work, David Buss and colleagues at the University of Texas at Austin discovered that social status is determined by the same factors across many of the world’s countries and cultures. From the Gypsies in Romania to the native islanders of Guam and from a Russian in Siberia to an African in Eritrea, these factors all forcefully predict your social status.

In the words of Dr. Buss, “humans live in a social world in which relative rank matters for nearly everything — your access to resources, your ability to attract mates, and even how long you live … resources flow to those high in status and trickle slowly, if at all, to those lower on the social totem pole.”

Where do your factors place you in the social hierarchy? For each of the following statements, indicate how well it describes you below.

The IDRlabs Social Status Test was developed by IDRlabs. It is not affiliated with David Buss, his college agues, or their institutions.

The research on 2,751 people found that morality and intelligence are universally seen as having a positive impact on social standing. Additionally, it revealed global double standards that penalize women for specific actions while rewarding men. The research fills a crucial gap in our knowledge of the psychology underlying who flourishes and fails in human societies, and it was published in the Journal of Personality and Social Psychology.

The results had a few intriguing quirks. Men are more respected when they take chances and display physical bravery. The way women look and manage the home contributes more to their standing. Evidently, in this regard, not enough has changed in the gender battles. While having a sense of humor often elevates one's social standing, this effect is less pronounced in East Asian nations like China, South Korea, and Japan. The study discovered that practicing witchcraft is only detrimental to your social standing if you have a chance to reside in Zimbabwe or Eritrea.

The study's objective was to learn more about the psychology of who prospers and fails in human communities. To ascertain which of these elements the participants held in the highest regard, the experts assessed the participants' perceptions of actions, gestures, and personality qualities.

According to the study, people most commonly appreciated traits like intelligence, friendliness, humor, and honesty. Making sacrifices for others was one of the actions that generated the finest impressions and raised one's social status.

As the publishers of this social status test, which allows you to screen yourself for your likely place in the human hierarchy, we have strived to make the test as reliable and valid as possible by subjecting this test to statistical controls and validation. However, free online quizzes such as the present social status test do not provide professional assessments or recommendations of any kind; the test is provided entirely “as-is.” For more information about any of our online tests and quizzes, please consult our Terms of Service. 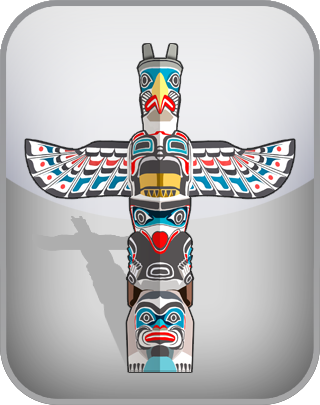 1. Free. This Social Status personality test is delivered to you free of charge.