Socialism is a political and social philosophy centered around social ownership of the means of production. This test combines the insights of several prior efforts to research socialism to bring you a single, composite test that measures agreement with socialism across 6 different domains.

To what extent do you agree with socialism? For each of the following statements, indicate your level of agreement below.

Producing luxury goods that are merely playthings for the rich may be justified if doing so leads to innovation that may also benefit the poor.

The IDRlabs Socialism Test (IDR-ST) was developed by IDRlabs. The IDR-ST represents an effort to bring together several previous efforts to research socialism, thereby creating a single comprehensive instrument. The IDR-ST is the property of IDRlabs.

The facets measured by the Socialism Test are as follows:

Collective Ownership: Collective ownership of the means of production is the core tenet that unites all forms of socialism. Many socialists see the capitalist free enterprise system as fundamentally exploitative, unequal, and destructive. They look to counter these effects by letting the people own the means of production in unison with the aim of diminishing inequality and the need for competition between people.

Equity/Social Justice: Social justice refers to the view that all members of society should have equal access to political, social, and economic opportunities, regardless of their gender, race, age, class, and able-bodiedness. Equity may be perceived as the political prioritization of opening doors to those who are underprivileged.

Planned Economy: In a planned economy, production and services (and sometimes also prices), are determined by public councils instead of leaving these factors up to the market. According to socialists, the planning imposed by a central body (or bodies) will often be superior to, and more efficient than, leaving these things up to market forces.

Socialized Profits: A widespread guideline among socialists is the idea that profits from economic production should be distributed among all members of society equally. In this way, the people who are successful do not merely work for themselves, but for all members of their community as well.

Needs-Oriented Production: Many socialists believe that production should be guided by equality and the needs of the many. Hence, the manufacture of goods in a socialist economy should be regulated to ensure that basic needs are met first. This prevents purchasing imbalances such as the rich splurging on expensive articles of consumption in economies where the poor cannot afford three meals a day.

Welfare Programs: Socialists generally favor wide and extensive public welfare programs to provide food, housing, education, and a basic income to the populace. This can allow people to dedicate themselves to human flourishing without the stress associated with having to care for one’s basic needs.

As the publishers of this free online Socialism Test, which allows you to screen yourself regarding your views on collective ownership, equity, planned economy, socialized profits, needs-oriented production, and welfare programs, we have strived to make the test as reliable and valid as possible by subjecting it to statistical controls and validation. However, free online quizzes such as the present Socialism Test do not provide professional assessments or recommendations of any kind; the test is provided entirely “as-is.” For more information about any of our online tests and quizzes, please consult our Terms of Service. 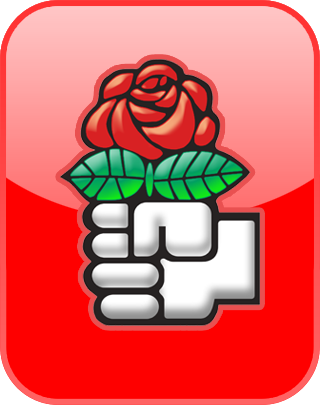 1. Free. This Socialism Test is delivered to you free of charge, without the need for registration, and will allow you to obtain your scores related to your socialist views.