You are here because one of your friends linked you to their ADHD Spectrum Test result:

Inattention: Individuals on the ADHD spectrum often have difficulty sustaining their focus. They are often easily distracted and fail to pay sustained attention to minute details. As a consequence, they are easily bored, daydream a lot, and may not seem to listen well when spoken to. Many also have trouble following instructions, and they may steer clear of tasks that require a lot of focus.

Forgetfulness: Some people with a tendency toward ADHD can be identified by their inclination toward forgetfulness regarding their daily activities. These people often forget to do their chores, run errands, return calls, or pay their bills on time. It is usually challenging for such individuals to master efficient time management, finish schoolwork, and/or complete tasks in the workplace in an orderly fashion.

Hyperactivity: Hyperactivity pertains to excessive motor activity and difficulty in keeping still. People high in this symptom are often “on the go” as if driven by an inner motor. This is usually manifested as tapping, excessive fidgeting, extreme restlessness, and/or talkativeness. Those with this condition often wear other people out with their excessive need for activity.

Developmental Delays: Milder developmental delays often co-occur with ADHD, as children with this condition, when compared to their peers, may have difficulty with speech, motor skills, processing sensory information, or developing interpersonal relationships. Research has also linked the delayed development of the frontal brain regions’ cortical surface with ADHD (Shaw, et al., 2012).

Inflexibility: Some individuals on the ADHD spectrum have difficulty viewing occurrences from different perspectives or points of view, being inclined to sink back into established habits and patterns. These difficulties are often related to the broader problems these people face with regulating their responses, and this may develop into an inability to adapt fruitfully to novel situations (Farrant et. al., 2014).

Emotional Dysregulation: It is often difficult for people on the ADHD spectrum to modulate their emotional responses and expressions. Such tendencies may be manifested as excessive reactivity, low frustration thresholds, difficulty in calming down, and increased psychological distress. People high in this symptom often have frequent social conflicts and/or conduct problems in their lives.

Impulsivity: One symptom exhibited by many on the ADHD spectrum is the tendency toward hasty actions and spur-of-the-moment decisions. People with high levels of impulsivity may also suddenly throw themselves at activities that carry a high potential for risk or harm. Impulsivity may also be manifested as the inability to delay gratification and a tendency to be socially intrusive. 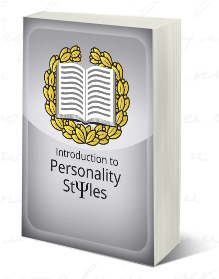