5 Basic Facts about Jung and Types 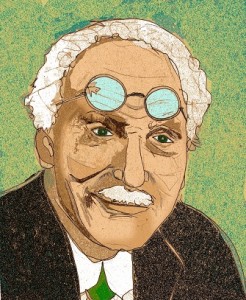 CelebrityTypes.com has now been online for almost five years. What have we learned? Here are some of the insights that came to us through studying Jungian sources.

Being an extrovert or introvert in the Jungian system is not the same as being extroverted or introverted in behavioristic systems of personality. To put it simply, in the Jungian system extroverts experience the world as object and introverts experience the world through their own subject. A Jungian extrovert may be extremely shy, bookish, pensive, and reticent. To arrive at the correct orientation of E and I, intellectual analysis of the person’s cognition is necessary. Watching for reticence and expressiveness to determine E/I is a behaviorist approach. It is not Jungian typology.

2: How All Functions are Equally Valid

People have often wondered how Jung could ascribe equal legitimacy to all of the functions. His own explanations are not particularly clear, but a charitable interpretation runs like this: When we observe an experiment in classical physics, we have an “Archimedean point” – we stand outside the experience and look in at the results.

In classical physics (but not in quantum physics), we know that observing the phenomenon does not dramatically change or alter its outcome. But with regards to psychology, we have no such “Archimedean point” – anything that we observe is filtered through our cognitive functions and exists in a state of interaction with our cognitive functions.

Scientifically-minded people usually assume that extroverted judgment and perception are the most “objective” cognitive modes. Jung would agree that the extroverted functions are more “objective,” but he would disagree with the notion that being more objective necessarily entails more validity or truth. Since we have no “Archimedean point” or “Ground Zero” in psychology, it may just as well be so that deriving psychic experience through extroverted functions represents a bias in favor of the external.

Thus we cannot say, for example, that the Thinking judgments of Te, which tend to be numeric, external, impartial, and “objective,” are necessarily more valid than the Feeling judgments of Fi, which are sentiment-based, internal, partial, and subjective. Both functions represent psychic adaptations in favor of a given direction and cognitive mode, and we really have no way of knowing which direction is more true or valid, because we lack the “Archimedean point.” Hence all functions should be assigned equal validity and worth.

3: Jung Considered Himself an “Empiricist,” but Redefined the Meaning of the Word

In numerous interviews and lectures, Jung claimed to be an empiricist, yet it is quite obvious that Jung is not an empiricist, the way a modern scientist would understand the term. When scientists speak of empirical evidence, they typically speak of “hard data”; statistics, experiments, and theories that have been subjected to a rigorous battering and survived.

Jung, quite evidently, did not subject his own thinking to this kind of scrutiny. When Jung spoke of being an empiricist, what he meant was that he had examined his psychic experiences closely and felt sure of them. With regards to modern science, this type of evidence is commonly thought to be worthless, as lots of people are sure of lots of things. But since Jung thought that we cannot really say that a physical judgment about the trajectory of a cannon ball (Te) is any more true than an aesthetic judgment about the beauty of a poem (Fi), it follows that by his own mode of thinking, being very certain of your own psychic experience is the highest form of experience there is.

However, if “empiricism” consists of paying close attention to one’s own psychic experiences, and the four functions form the totality of the psyche, then everyone is an empiricist by Jung’s definition of the word. The epithet then becomes meaningless.

Jung often defined his “empiricism” in contradistinction to people who theorized freely about metaphysics and the nature of God. But it stands as unavoidable fact that Jung himself also theorized freely and said a whole range of things about God. So in the end then, not only is Jung’s definition of the term “empiricism” meaningless, he also violated his own fault lines for what it means to be an empiricist to boot.

By any commonly accepted definition of words, it would make far more sense to say that Jung was not an empiricist, but an idealist, mystic and metaphysician who nevertheless gave us some genuinely useful concepts. However, Jung was exceedingly touchy about being called a mystic, and would openly characterize the people who said so as “idiots.”

It should be noted, though, that where most of Jung’s ideas are commonly thought to be unscientific, two aspects of his work do in fact have some scientific validity: One is his studies in word association and the other is his theory of psychological types.

When people read biographies or stories about Jung they often get the impression that extraordinary coincidences and meaningful portents abounded around Jung. We certainly did when we first started reading about him. However, since then we have learned that a lot of the stories and testimonials about Jung (including those featured in his so-called autobiography, Memories, Dreams, Reflections) follow certain religious patterns that have been uncovered by the field of comparative religious studies.

A certain genre of biography, detailing the life of the “Divine Holy Man” or “Ascetic Seer”, appears to be a staple of religious traditions everywhere. In such biographies, the visions, dreams, hunches, and clairvoyant experiences of the holy man are usually treated with a reverence that serve to set him apart from ordinary people. In the same way, the holy man is often postulated to have seen the future, to have carried out miraculous cures, to have knowledge of life after death, and to have experienced the Land of the Dead for himself. The Holy Man is presented as an ascetic who was born to a higher calling and who is not cut out for the humdrum of ordinary human existence. Another feature of the Holy Man is thus that he episodically has to retreat from ordinary society in order to pay close attention to his own visions and that during his lifetime he will communicate with gods, demons, and other divine beings.

In Jung’s case, the hundreds of arduously recorded dreams, visions, hunches, miraculous cures, allegedly eerie coincidences and instances of Jung seemingly being able to foretell the future are so ubiquitous that we need not recount them here. Just a single example will clarify the type of reverence to which I allude:

“[A patient Jung was seeing] dreamt of his father dying, and that meant himself – ‘I and my Father are one’. Then one day he complained of his throat – some pain or tightness. C.G. thought it could be his heart. He examined the man’s heart himself and then sent him to a cardiac specialist who said there was nothing wrong. C.G. wasn’t satisfied. … He sent the patient back for a second consultation telling him that if the specialist found his heart was sound he should get him to state it in writing, and he did so. On the way home after this consultation, with the letter in his pocket saying that there was nothing wrong with him, the man fell dead. He had an aortic aneurysm and the specialist had missed it.” – E.A. Bennet: Meetings with Jung Daimon 1985 ed. p. 37

The story is almost Biblical, recalling episodes such as Jesus Predicting Peter’s Denial (Matthew 26:34). Like Jesus, Jung had a strong hunch about the future that someone who was ostensibly in a much better position to falsify would first deny (Peter or the cardiologist). And like Jesus’ prediction of Peter’s denial, Jung’s prediction involves repetition of mundane acts (Peter denying his discipleship / the cardiologist missing the heart condition) in order to lend dramatic tension to the story and amplify the wisdom of the Jesus/ Jung prediction.

So Jung could allegedly see the future and/or facilitate miraculous cures, just like a holy man. With regards to traversing the Land of the Dead, Jung had his period of “confrontation with the unconscious” where he encountered archetypical, supernatural beings  who by way of temptation attempted to pull him into insanity (Jesus was tempted by the Devil in the wilderness, and Buddha was tempted by the Mara under the tree). As for “sacred retreats,” Jung had his famed Tower in Bollingen.

The point is not to argue that Jung had divine powers, or to argue the contrary; that Jung was a fraud. That should be left for the reader himself to decide. The point is merely to point out that Jung’s genuine qualities as a thinker and innovator notwithstanding, most of the pro-Jungian accounts of Jung’s life are couched in a language and mode of narration that invariably serve to activate religious themes in the mind of the reader.

For his marriage, Jung miraculously managed to secure the hand of the heiress Emma Rauschenbach, one of the wealthiest women in Switzerland at the time. It was because of her fortune that Jung would attain the luxury of dedicating himself to his own research interests and to develop his own theories. Later in life, Jung was similarly helped by the generous sponsorship of American philanthropists, which greatly helped him professionalize and expand upon his work.

Without money from generous patrons, then, Jung might never have had the time or resources to develop his own ideas, and he might have been an anonymous rank and file psychiatrist all his life. In part, these problems are still with us today, as most of the money in Jungian typology is concentrated in the hands of corporations and publishers of specific type instruments (such as the MBTI). They do good research on the straightforward elements of Jungian typology. But they don’t want to rock the boat.

Image of Jung in the article commissioned for this publication from artist Francesca Elettra.

Myers-Briggs Type Indicator and MBTI are trademarks of the MBTI Trust, Inc.

CelebrityTypes.com is an independent research venture, which has no affiliation with the MBTI Trust, Inc.