This essay, “Ni, Si, and Self-Delusion,” won 3rd prize in the CelebrityTypes essay contest. The views and type assessments expressed in this essay represent the opinions of its author and not the editorial point of view of the site. 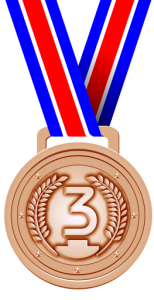 In Jungian typology, Introverted Sensation (Si) and Introverted Intuition (Ni) represent the two possible forms of introverted perception, by which we gather information and understand the world by relating our internal perception to what we see in front of us.

To begin, let us consider the differences between Si and Ni. Both functions tend to develop a kind of mental “roadmap” for future activity, which is based on personal experience or associations. The subject’s personal perceptions are unconsciously reinterpreted to represent general truths.

But this is where the similarity ends. Si, as a sensation function, preserves the person’s subjective experience in a literal fashion whereas Ni, as an intuitive function, tends to ignore specifics, in favor of what it perceives to be the “true underlying” patterns, essences, and meanings in events.

These differences have a major impact on how Si and Ni types view the future, or relate to new events and changes in the outside world. Here are two example of Si and Ni self-delusions:

Strong Si types (SJs) are often described as “conservative” and “level-headed” and the reason for such epithets is that Si bases its attitude to, and assessment of, the future on what the individual has personally experienced before. For this reason, Si types tend to lack a certain confidence when they approach “new” things that do not resemble anything that the Si type has experienced before. They want to be sure that they are doing it properly.

To the Ni type, what is objectively new and unfamiliar is not really experienced as “new” at all, because Ni is neither bound by external (E) or physical (S) frames of reference. As such, all other things being equal, NJ types tend to exude a greater confidence when approaching “new” things than SJ types do.

(However, that Ni types tend to think that they can perceive the essential nature or future of the unfamiliar better than others does not mean that they actually do understand the unfamiliar better than anyone else. We are only concerned with the individual’s psychological attitude towards new and unknown phenomena in this essay. We are not saying that Ni types are actually better at handling new and unfamiliar situations, in fact, in practical terms they may be quite the opposite.)

Whereas Si is inclined to create new frames of reference whenever it encounters something that it perceives as novel, Ni likes to use as few as possible, and ideally would like to condense everything into simple, universal truths that require as minimal an explanation as possible.

Again this difference causes each group to exhibit distinct biases when it comes to planning for the future. Relative to SJs, NJs have a tendency towards delusion optimism. This optimism is engendered by the remarkable capacity for reinterpretation that is the hallmark of many an Ni type: Ni can shift among any number of internal perspectives in order to perceive and interpret the same thing from multiple different, subjective angles. In this way, even the Ni type’s own delusional mistakes can be reinterpreted to appear in a more positive light.

With full credence in his powers of interpretation and reinterpretation, the Ni type tends to believe that ultimately anything can be understood or archived. While this characteristic might give the NJ types the advantage of keeping their spirits high, as well as the ability to easily spot a Plan B when things go awry, this same optimism and belief in their own abilities can also lead to a kind of self-assured carelessness where NJs ignore the necessary elements of practical preparation. Similarly, they may not always bother to learn enough about a given topic before diving in, being confident in their already existing knowledge and abilities. No matter what happens, their attitude seems to say, they will find some way to employ the resources at hand to solve their problems.

Ni types, when they have not developed their extroverted judging, tend to make plans which are dangerously optimistic and that allow for no margin of error. They tend to fool themselves into thinking they are being efficient when they are really just demanding the impossible of others, or indulging in free time and reveries, thinking they can “execute the plan and reach the goal” in one sitting if they want to.

Si types, on the other hand, instinctively feel that the world is less predictable and therefore that more sound and practicable plans are necessary. But the Si bias towards perceiving the world as fundamentally unpredictable also carries its own capacity for engendering irrational ideas. Because Si types tend to see their own experiences as they relate to their personal subject, they sometimes fail to see the underlying connections between one experience and the next. Because SJ types, and especially ISJs, are prone to see potential disaster around every corner, they often expect new things to go poorly and may be overly risk-averse as a result.

Just like an underdeveloped INJ is likely to under-devote himself to a menial task that doesn’t interest him, then, so an underdeveloped ISJ is likely to devote an excessive amount of preparation and planning for a upcoming event that features elements of the unfamiliar. Unless they develop their auxiliary extroverted judging functions, INJs and ISJs may therefore have difficulty discerning between objective reality and their own internal perceptions.

Drawing of a medal commissioned especially for this publication from artist Georgios Magkakis.