ENTJ vs. ENFJ: When Te and Fe Collide

Raja Burrows is a contributing guest writer for CelebrityTypes. As with other guest writers on the site (such as Malin Gustavsson, Michael Pierce, and Jesse Gerroir), the views expressed in this article are not necessarily completely overlapping with our own.

Extraverted Thinking (Te) and Extraverted Feeling (Fe) have much in common. They are both extraverted judging functions and, as such, naturally goal-oriented and closure-seeking. ENTJs and ENFJs have these functions in the dominant position, and are often seen as “powerhouses” with “big, dynamic personalities.” For the most part, both types also tend to eagerly assume leadership positions, and rarely opt to blend into the background.

The natural tenacity of Te and Fe is often magnified by the auxiliary Introverted Intuition (Ni) and the tertiary Extraverted Sensation (Se) of the ENJ types. As a rule, the convergent, austere nature of Ni paired with the broad, carnal nature of Se gives well-developed ENJ types the ability to adapt to changing circumstances while simultaneously maintaining the integrity of their visions. Of course, this is not always the case, and it’s especially important to be aware of the bias against sensation in ENJ types. Even though they don’t repress their Se like INJ types do, it is still far more comfortable for an ENJ type to remain detached from immediate reality and true to their subjective plans and ideals than to wholeheartedly immerse themselves in reality as it appears in the here and now. 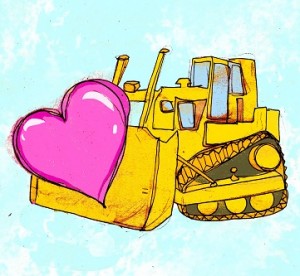 But for all their similarities, ENTJs and ENFJs engage the world in fundamentally different ways. The ENTJ’s dominant Te means that she will gravitate more naturally towards an impersonal solution which she arrived at through the use of objective data. It might rightly be said of imbalanced Te that “all the world’s a spreadsheet, and all the men and women merely cells.” But even in the case of healthier Te types who are somewhat more attuned to their Introverted Feeling (Fi), the idea of each person being his or her own, individual “cell” still very much applies. All Fi users (TJ and FP types) experience their feelings as being distinct from those around them, something that is particularly evident in the Fi-dominant IFP types. As a result, ENTJs may see feelings as an unnecessary distraction from the ultimate goal they’re pursuing. And since they experience feelings in such a subjective, individualized way, it is unlikely that they will take into account the overall “mood” of the room, or the emotional ambience that sometimes greets their plans as a mild form of resistance. (There is one exception to this obliviousness, however, and that is if the ENTJ notices that the discord is negatively impacting productivity; in such a case she will be inclined to do whatever it takes to get everyone back on track. But this newfound amiability doesn’t mean that the ENTJ is using Fe directly; rather, the ENTJ is softening her ordinarily no-nonsense style as a concession towards her ultimate goal.)

For the ENFJ, it’s just the opposite: A harmonious emotional ambience is not just a means but an end in itself. Whether she’s giving a lecture on astrophysics or championing civil rights for a disenfranchised minority group, the ENFJ’s experience of closure is bound to be strongest when feelings of goodwill fill the air. True to Fe, she is willing to sacrifice some sincerity in the name of group harmony and social appropriateness in a way that doesn’t quite sit right with dominant Te and which is utterly foreign to inferior Fi.

True to Fe, the ENFJ sees feelings as being malleable and belonging to the group as a whole. However, her instinct to soothe and smooth over potential conflict may come at the expense of unresolved inner tensions in her logic, which is the result of her repressing her Introverted Thinking (Ti).

When Ti is repressed in ENFJs, it often results in a smooth surface with fragile foundations underneath. When Fi is repressed in ENTJs, the result is a brawny battering ram with no heart behind it.  If an ENTJ and an ENFJ are on the same page, their union is truly a force to be reckoned with. In conflict, however, things can get ugly and fast. ENTJs naturally relish conflict and see it as the natural way for the best ideas to rise to the top. Their tendency in an argument is to multiply facts, piling facts upon facts and browbeating their opponent with them until they submit. ENFJs, however, will naturally look for ways to find common ground with their adversary and win arguments by persuading the opposition with succinct, “unimpeachable” appeals, rather than brute force. Unfortunately, such appeals are the exact opposite of what an ETJ wants. Te is all about establishing hierarchy, and there’s almost nothing an ENTJ loves more than winning by a landslide (preferably of the objectively measurable kind). But if they must lose, they want to lose to a worthy opponent who was proven to be objectively superior – not by being wrapped up in velvety appeals to mutuality where the conflict was avoided and the logic was unclear.

It is just as wrong to say that ENFJs are “illogical” as it is to say that ENTJs are “unemotional.” Just because Thinking and Feeling are their inferior functions, respectively, it doesn’t mean they are not there. And there are many ways for an ENFJ and an ENTJ to reach compromise, especially since they both have similar access to Ni and Se. But when Thinking and Feeling are contested between them, it is in the best interest of both to recognize the unique challenges that arise from having inferior Fi and Ti, respectively. They should cultivate that awareness as much as possible, and try to use that knowledge to rationalize the compromises they will inevitably have to make.