This essay, “Jung’s Basic Categories of the Functions,” won 2nd prize in the CelebrityTypes essay contest. The views and type assessments expressed in this essay represent the opinions of its author and not the editorial point of view of the site. 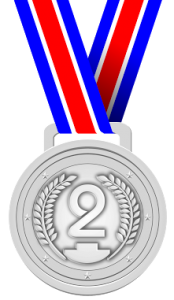 In this essay I will attempt to explain these four categories to the reader.

Of the rational functions Jung said that “they are characterized by the supremacy of the reasoning and the judging functions.”[1] Jung later explained what he meant by ‘reason’: “An attitude whose principle it is to conform” to a given standard.[2] This standard can be developed from objective criteria found in the outside world (Te or Fe) or it can be developed on the basis of one’s own subjective criteria (Ti or Fi).

Notice that for Jung, a rational outlook does not necessarily entail that the individual needs to influence others to conform to their way of thinking. However, the extroverted rational functions (Fe and especially Te) will more naturally experience the outer world (and therefore other people) as something that stands in need of organization.

Of the irrational functions, Jung said they were “denoting something … not grounded on reason. Elementary facts come into this category; the fact, for example, that the earth has a moon, that chlorine is an element … etc.”[3]

Thus irrational functions do not by themselves seek to make what is observed conform to any consistent standard, but prefer that the observations be left to themselves, so that they can be observed more accurately and on their own terms (rather than on the terms of some rational standard).

In his definition of extroversion and introversion, Jung said that “whereas the extraverted type refers pre-eminently to that which reaches him from the object, the introvert principally relies upon that which the outer impression constellates in the subject.”[4]

With the above definitions in mind, an extroverted rational attitude (Fe or Te) can be described as an aggressive stance focused on outer objects. More specifically, extroverted rationality seeks to conform objects to a certain standard. It is easy to perceive the extroverted rational types as aggressive towards others (e.g. through stereotypes such as the Te drill sergeant or Fe demagogue). But another perspective on this rationality could be that the Te and Fe types also exert aggression towards themselves as their own inner principles of fairness (Ti) or idiosyncratic individuality (Fi) are repressed in order to fit with insights, rules, and occurrences gleaned from the outside.

With regards to the MBTI system, all of the types that are described as “Judging” (i.e. J types) have an extroverted rational function as either their dominant or auxiliary mental function. Yet in more Jungian terms, we see that it is only the combination of “extroverted” and “rational” that produces the popular Myers Briggs term “Judging.” A Ti type may be just as “rational” in pushing for conformity as a Te type, but with the Ti type, he is pushing for conformity inwardly (purifying a theory or idea), whereas the Te type pushes for meeting specific goals and achieving tangible results in the outer world.

With Extroverted Thinking, we get a sense of domination and expediency because Te tends to disregard standards of “goodness and kindness” in favor of efficiency and results.

With Extroverted Feeling, the judging standard is derived from sentiments and strives to achieve harmony between the parts of a group, system, or organization. Fe arranges objects and people in such a way as to be in harmony with each other, but in doing so, Fe can be just as aggressive as Te in the name of the “greater good.”

The combination of an extroverted attitude and a passive-reception mode of observation manifests in a vivid awareness of the environment. Not just of the immediate environment, as some of the biased descriptions of Sensation and/or extroversion would say, but of the whole environment that the extroverted irrational type has ever come into contact with.

Yet they have a sharp awareness of the general state of affairs outside themselves. Because they are stimulated by pure observation of external phenomena, the extroverted irrational types are frequently characterized by wanderlust and a thirst for new experiences.

With Extroverted Sensation, Jung stated that no other type “can equal the extraverted sensation-type in realism”[5] and that once external reality has been accurately perceived, “everything essential has been said and done.”[6] Thus the Se type is unmatched in realism because of his tendency to strike down anything that is deemed needlessly abstract. Abstract ideas are welcome as long as they carry their own weight in utility value, but if an abstract idea does not enhance or intensify the experience of the outside world, then it is of no use or interest to Se. (An important point here is that the idea is not dismissed because the Se type doesn’t understand it, but because Se has no use for it.)

With the Extroverted Intuitive type, Jung said that the Ne type “is never to be found among” what is “generally recognized”, but that he is “always present where possibilities exist. …. Things … pregnant with future promise.”[7] Thus Ne types are keenly aware of all the future possibilities that are contained in people, objects, and movements – that is, they perceive where there is abstract potential that has not quite reached reality yet. Ne types are clever and skillful in coming up with witty and insightful (though not necessarily realistic) insights about these potentials, and they often appear to do so on a whim. Also, because of the more transitory nature of the Ne type’s interests, namely unreal possibilities, the wanderlust of the Ne types is much more pronounced than in Se types. Indeed it is the tragedy of the Ne types that they often have the right ideas about something “too early in the process” – at a time when these ideas seem ludicrous or unrealistic to others.

Introverted rational functions are aggressive towards impressions that outer objects, persons, or events are allowed to make on the person’s own cognition. That which is not acceptable to the overall framework of Ti or Fi is simply shut out from consciousness or ignored. In other words, introverted rationality prunes the person’s own observations so that they conform to the established subjective standard that is found on the inside. By ignoring the unacceptable in the outer world, the inner world can be organized into an arrangement of great purity and internal consistency.

Because introverted rationality judges inwardly, IP types can act as internal architects, so to speak, building internal conclusion upon internal conclusion until finally a great edifice of complex, internal orchestrations have been formed. Because they ignore external contradictions, IP types are able to follow their own internal judgments further than other types, which frequently gives the impression that they are genuinely invested in what they are saying and that they sincerely adhere to their own opinions over those of the crowd, whether for good or ill.

Introverted Thinking develops and is governed by impartial logical principles, such as Kant‘s Categorical Imperative. It is interested in the development of logical principles and systems of rules and it frequently seeks a consistency beyond what is possible in the real world.

Introverted Feeling develops and is governed by internal personal sentiments, such as Kierkegaard‘s three stages of life (which are really just his own sentiments about stages in his own life). Fi seeks to create a parallel world in which the things that it delights in are extolled and the things that it dislikes are shut out. The creation of such parallel Fi worlds often develops into deep, sensitive, and imaginative inner landscapes where the Fi types are free to indulge (and overindulge) in their favorite concepts.

Unlike introverted rationality (Ti and Fi), introverted irrationality makes no attempt of its own to shape the structure of its own mental processes, but resigns itself to observing as fully as possible the figure that emerges in consciousness. These figures and constellations of consciousness, which are the lifeblood of both Si and Ni, are necessarily always subjective, since they originate in the person’s own consciousness and not in the outer objects themselves. But since Si and Ni types do not themselves see that they are really withdrawing from the outer objects in order to focus on their own background processes of consciousness, introverted irrational types are often certain that they are “objective,” or that they are “empiricists,” not realizing how those experiences are supplied by their own subjective consciousness.

Introverted Sensation is focused on the effect of reality on the Si type itself, and develops a laborious backlog of all the person’s memories and interpersonal interactions (not just with people but with objects as well). The resulting wisdom from these interactions often takes the form of a tradition-based or recipe-like approach to the future because Si instinctively trusts reality to behave the same in the future as it did in the past.

Introverted Intuition is focused on how ideas and possibilities that have not yet been brought to fruition in reality affect the Ni type. Ni develops wraith-like images of how ideas from various sources relate to each other and often weaves those ideas into a whole. These new syntheses are often referred to as “visions” for lack of a better English word. The visions of Ni are notoriously dogmatic and often experienced as exceedingly urgent and of the utmost importance by the Ni type. As Jung describes it, frequently the Ni type does not even understand the meaning of his own “vision,” he just knows that he must carry it out, and he can sometimes act very one-sidedly and immortally in order to attain his goal.[8] The Ni type has no choice: He must be true to the inner meaning of the events that have taken place inside him.