Earlier in 2015 the Jungian Psychoanalytic Association (JPA) hosted a seminar dedicated to Jungian typology. The following article is a short commentary on the two most substantial lectures given at that seminar, namely Ernst Falzeder’s Types of Truth: Jung’s Philosophical Roots and John Beebe’s Individuating the Types. The present review will leave out the remaining lectures, which were not of the same general importance to the theory of psychological types.

Review of Falzeder – ‘Types of Truth’ 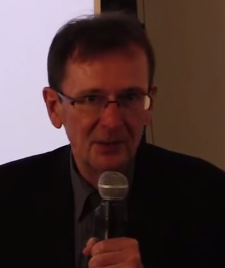 Falzeder opens his lecture by pointing to the same discrepancy in Jung’s stance towards the sciences as we have pointed out in multiple places on the site: On the one hand, Jung repeatedly and vehemently claimed that he was nothing but a scientific empiricist dealing in facts, but on the other hand, Jung kept saying things that were completely outside of the realm of science; metaphysical, mystical, and philosophical. The question appears to have been settled in contemporary scholarship since almost no serious scholar considers Jung a scientist (Paris 2007, Jones 2014). However, Falzeder does add an interesting facet to the issue in that he unearths two quotes from Jung himself, given in private, where Jung owns up to being a philosopher or prophet disguising himself as a scientist.

Falzeder then quotes Jung on the matter of how Jung’s engagement with philosophy supposedly distinguished his epistemological stance from Freud’s:

“Every psychology – my own included – has the character of a subjective confession.” – Jung: Freud and Psychoanalysis §774

“I consider my contribution to psychology to be my subjective confession.” – Jung: Analytical Psychology (Routledge 2014) p. 102

An interesting dictum, to be sure, if it wasn’t for the fact that it was not Jung who came up with it at all, but rather Nietzsche:

“Gradually it has become clear to me what every great philosophy so far has been … the confession of its author and a kind of involuntary and unconscious memoir.” – Nietzsche: Beyond Good and Evil §6

On neither of the occasions quoted above did Jung credit or even reference Nietzsche (whom he had certainly read) as the source of this aphorism. Like the way Jung refurbished ideas from Indian philosophy without duly crediting the origins of these ideas (Coward 1985), Jung merely paraphrases Nietzsche and then passes the insight off as his own. What is annoying about the state of Jung scholarship and licensed Jungians in general is that one so often sees this kind of fawning over a supposedly Jungian idea that was quite plainly appropriated from other sources without due credit given (not that we propose to hold Falzeder responsible for this state of affairs). For example, it is quite unlikely that such intellectual appropriation would be allowed to stand unchallenged in an auditorium full of Kant scholars, Nietzsche scholars, or even orthodox Freudians. And yet this type of thing happens again and again in seminars and books on Jung. As the historian of psychology Richard Noll (as well as other scholars) have hinted, many Jungians are not interested in philosophy, critical thought, or anything “intellectual,” but in a sort of modern-day mythos to which Jung is their entry point (and their only entry point). As a result, the history of thought and science tends to get “mythologized” as well – a procedure that comes at the expense of clear-minded scrutiny.

Falzeder then seizes upon the problem of the lack of an ”Archimedean point” in psychology: Since every appraisal of psychic phenomena involves the psyche itself, there is no objective “ground zero,” but only the psyche analyzing itself from various perspectives. Falzeder correctly traces the source of this conundrum (and Jung’s proposed solutions to it) back to his fondness for Schopenhauer (and ultimately Kant), but unfortunately Falzeder does not then use the genealogy to engage with the question of whether Jung was effectively a relativist and/or solipsist, as other scholars have claimed (Nagy 1991). Instead, Falzeder makes a point of juxtaposing Schopenhauer’s idea about gaining an ineffable type of access to the thing-in-itself with the Jungian idea of making extra-empirical contact with the archetype of the self. However, the source of this idea is not traced back to its ultimate Indian roots, which Jung can again be demonstrated to have read (Psychological Types §329).

In our opinions at least, the justification for assessing someone’s type is not whether that person refers to himself as a given type, but whether analysis actually points to the person being that type. Quite conversely, it is not because Jung said he was an Introverted Intuitive type that we are justified in concluding that he was one, but because the vast majority of experts, all working on the basis of vastly different approaches to type, have ended up concluded that Introverted Intuition fits Jung better than Introverted Thinking (and besides – Jung never said he was an Introverted Intuitive type anyway). In our opinions, Jung was simply wrong about his own type, and it is vexing to see Jungians attempting to skirt around that fact.

Falzeder then proceeds to speak about Jung’s ambiguous writing style, which has led many writers and thinkers to conclude that Jung tended to contradict himself and muddle his arguments to the point of incomprehensibility. However, Falzeder does not give us much in the way of his personal opinion on the matter, but mostly concerns himself with reporting the predicament from Jung’s point of view. Because he does not offer much of an appraisal of his own, Falzeder’s presentation comes across as quite obliging or non-committal. On the other hand, Falzeder quotes Jung’s associate Marie-Louise von Franz to say that Jung’s ambiguity was like the Buddha’s, in that many of the things he said were true on two levels. Likewise, Falzeder also quotes von Franz to say that Jung’s writings had to be ambiguous because Jung was writing about paradoxical, unconscious matters. In both cases, however, it seems that von Franz was not quite aware of how unfavorable this comparison with the Buddha really is to Jung. The Buddha did indeed speak on two levels through the facility of skillful means, with the result being that both sages and laypeople thought he spoke clearly. With Jung, it is possible that he also spoke on two levels, but in any case the verifiable result was that both scholars and ordinary people tend to feel that he is being long-winded and opaque. Even von Franz herself is quoted to say that “he does not write very clearly.” In the same way, anyone who claims that it is not possible to write clearly and in a logically coherent manner on paradoxical and ineffable matters has clearly not read such classics of Buddhist thought as Nagarjuna’s Fundamental Verses on the Middle Way or Stcherbatsky’s Buddhist Logic.

Finally, in what is perhaps the lecture’s most novel contribution, Falzeder explores Jung’s unpublished notes on typology from the ETH Lectures. On the basis of these notes, Falzeder draws up a new typology that Jung supposedly drew on the blackboard during one of these lectures. Falzeder then contends that there are really four typologies that can all be grouped under the heading of Jungian typology:

From Falzeder’s cursory verbal presentation it is not quite clear what the full implications of this new typology will be – a full evaluation will have to wait and see until the matter is published in book form. However, as far as we can tell on the basis of Falzeder’s presentation, the typology appears to be similar in spirit to V.W. Odajnyk’s archetype addition to Jung’s typology, as published in the book Archetype and Character and discussed here. As Falzeder himself notes, that kind of typology does not replace but rather complements Jung’s existing typology.

Overall, Falzeder’s lecture is clearly laid out and produces a series of central and weighty quotes that help to put Jung in his proper context (incidentally, many of the same quotes are found around our site as well). Jung’s connection to Schopenhauer is duly noted, though one could have wished for some further elaboration on Jung’s unacknowledged borrowing from Nietzsche and Indian philosophy. As noted, Falzeder’s stance is mostly neutral and objective, and as such his criticism and appraisal of Jung is much more elegant and understated than ours. In the end, however, Falzeder does seem to arrive at an appraisal of Jung that is similar to our own, politely ending his lecture by voicing doubt as to whether Jung was “really such a good thinker as he thought he was.”