IQ is one of the most solid concepts in social science and is broadly agreed to be the most effective way of measuring intelligence. While there are a lot of subpar IQ tests online, this test is based on the work of Alfred Binet, who invented the first practical IQ Test.

Instructions
In this test, you are to imagine the folding and unfolding of pieces of paper. First, a piece of paper is folded, and then one or two small holes are punched through it. Each hole is always punched all the way through the paper.

Ready? Scroll down to begin the IQ test.

Select where the holes will be when the paper is unfolded: 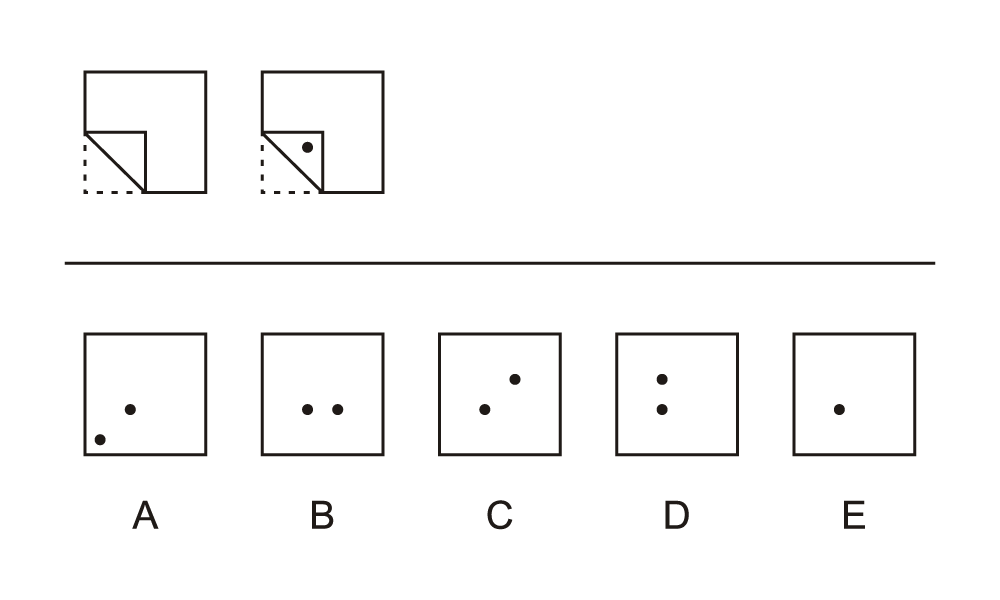 The IDR-IQ20 Binet Paper Folding IQ Test was compiled on the basis of peer-reviewed research using metrics and data available to researchers.

Alfred Binet (1857-1911), a psychologist, was commissioned by the French Ministry of Education to develop a mechanism for identifying which pupils did not benefit from conventional classroom instruction so that they may receive remedial work. Today, Alfred Binet is frequently mentioned as one of psychology's most significant figures.

In 1905, Binet created a test that required children to perform tasks like copying patterns, following instructions, naming objects, and appropriately arranging or placing things in order. He administered the test to pupils in Paris; he then developed a standard that was based on the collected data. For instance, if 70% of 10-year-olds could pass a memory test, then success on that memory test represented the 10-year-old level of intelligence.

The term "intelligence quotient," or "IQ," was popularized by Binet's work. The average IQ is 100. It is calculated as the ratio of "mental age" to chronological age. A 10-year-old who succeeds on a test meant for ten-year-old children would have an IQ of 10/10 times 100 or 100.

A number of tests were created by Binet and his associate, Theodore Simon, to evaluate mental faculties. Binet concentrated on other mental skills like attention and memory rather than on learned knowledge like math and reading. Their collaboration gave rise to the Binet-Simon Intelligence Scale, the first recognized IQ test.

The scale has 20 tasks of increasing complexity. Everyone can complete the simpler ones. For instance, the initial test questions evaluated a child's ability to respond orally to the examiner or follow a beam of light. Slightly harder tasks included repeating a series of two numerals and simple sentences and explaining simple vocabularies like spoon, mom, or house. Harder test items included repeating seven random digits, finding three rhymes for certain words, and constructing sentences from three given words. More challenging test items required children to state the difference between pairs of things, reproduce drawings from memory, or construct sentences from three given words. With extensive instructions on how to administer the tests and score responses, Binet worked very hard to be rigorous and made his processes and tests as fair as possible. He was deeply involved in the clinical and educational practice of the time, aware of his method's limitations, but also seemed unaware of the significant influences of background, preparation, and environment. In 1908 and 1911, Binet provided updates to his test, with the most recent one appearing right before he passed away.

Later, psychologist Lewis Terman revised the test and was given the name Stanford-Binet. Although Binet's original goal was to use the test to find kids who needed extra academic help, the eugenics movement quickly adopted the test as a way to find people they considered "feeble-minded." Binet did not believe his exam evaluated a permanent or an inborn degree of intellect. He thought that intellectual growth was a process that happened over time. His studies showed that intellect was malleable and could be changed by the environment a child was exposed to.

As the publishers of this free online Binet Paper Folding IQ Test, which allows you to obtain your IQ about internationally validated norms, we have striven to make the test as reliable and valid as possible by subjecting it to statistical controls and validation. However, free online IQ tests and quizzes such as the present Binet Paper Folding IQ Test do not provide professional assessments or recommendations of any kind; the test is provided entirely “as-is.” For more information about any of our online tests and quizzes, please consult our Terms of Service. 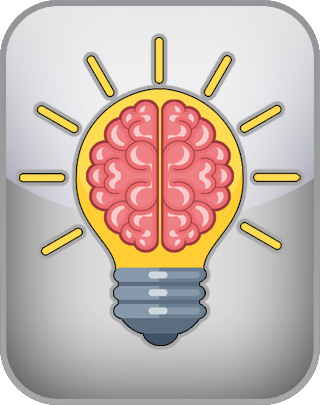 1. High validity and reliability. There is strong scientific evidence that the IQ construct is solid and one of the most valid concepts in social science.

3. Brief. The Binet IQ paper folding test will give you your IQ score by using just 20 items while retaining good reliability. 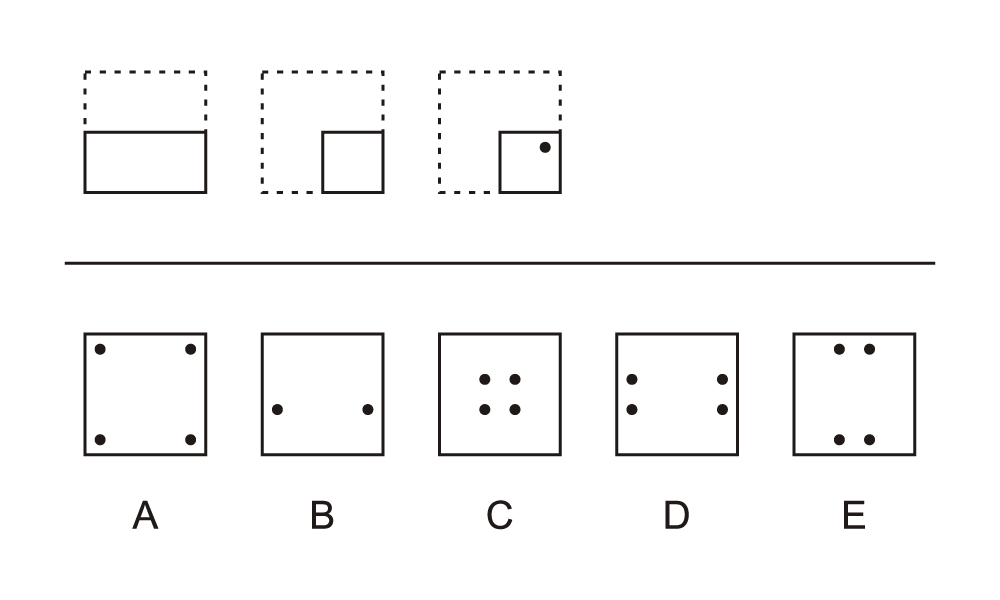 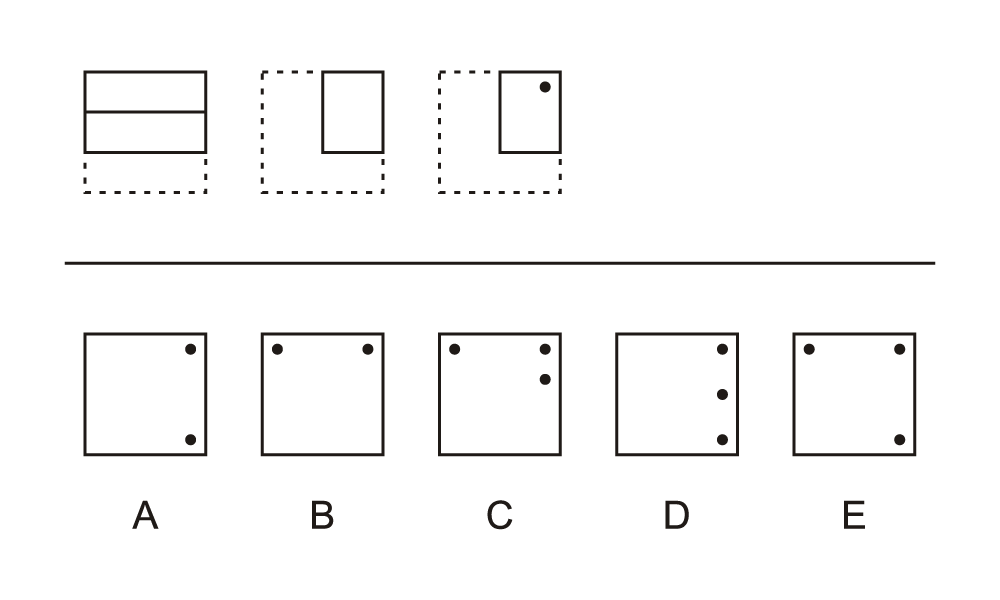 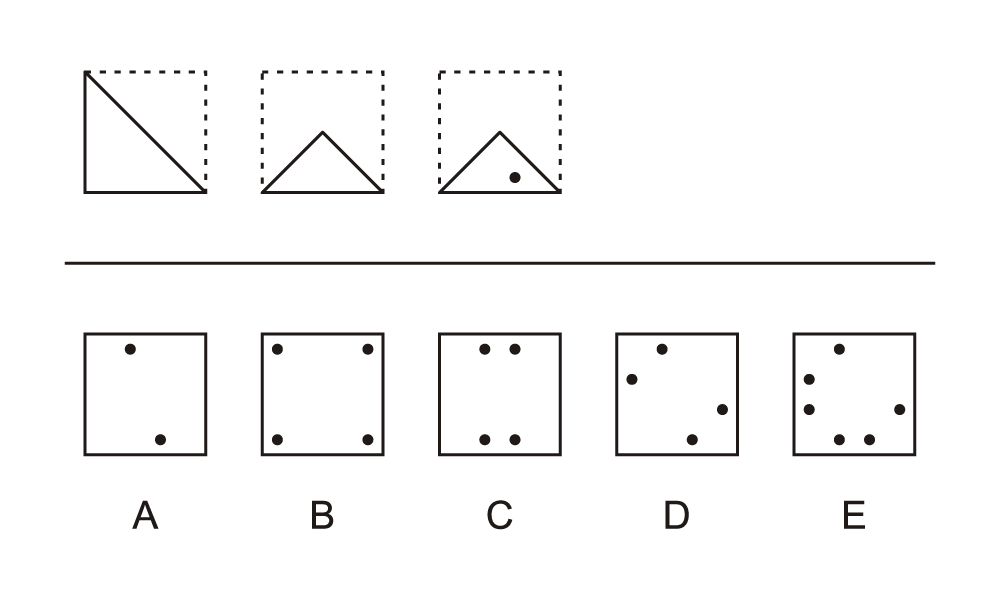 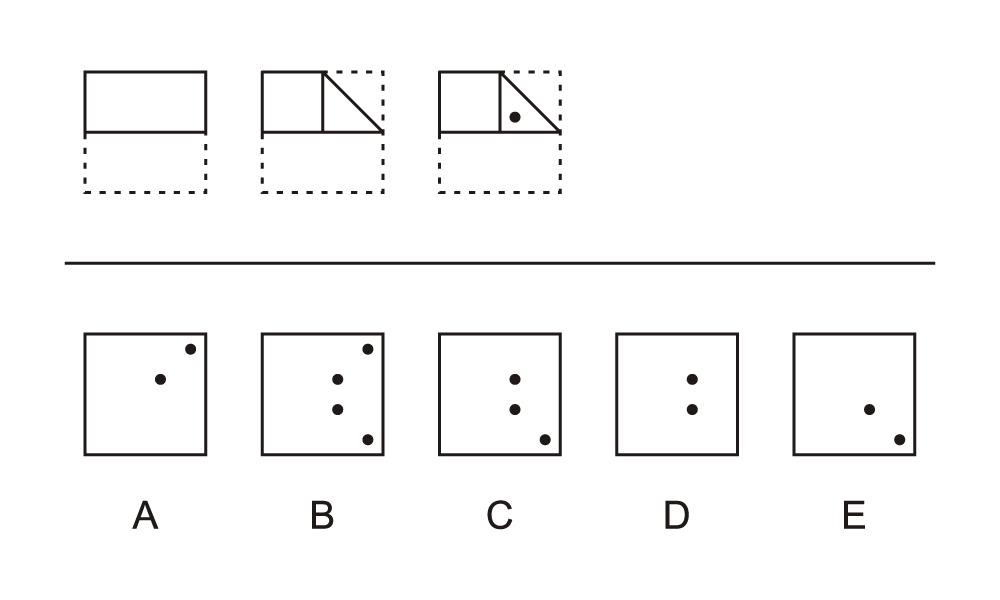 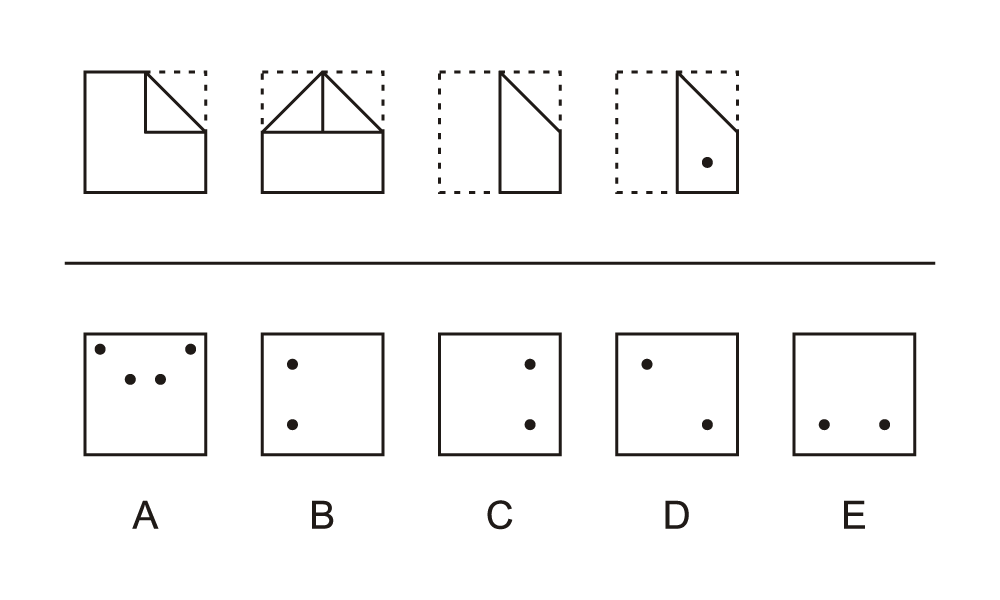 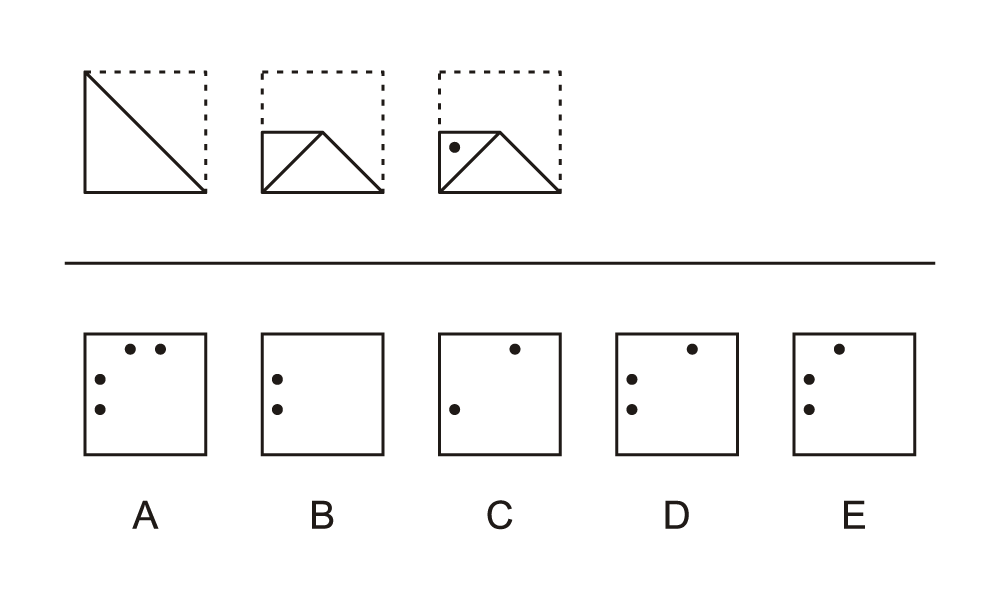 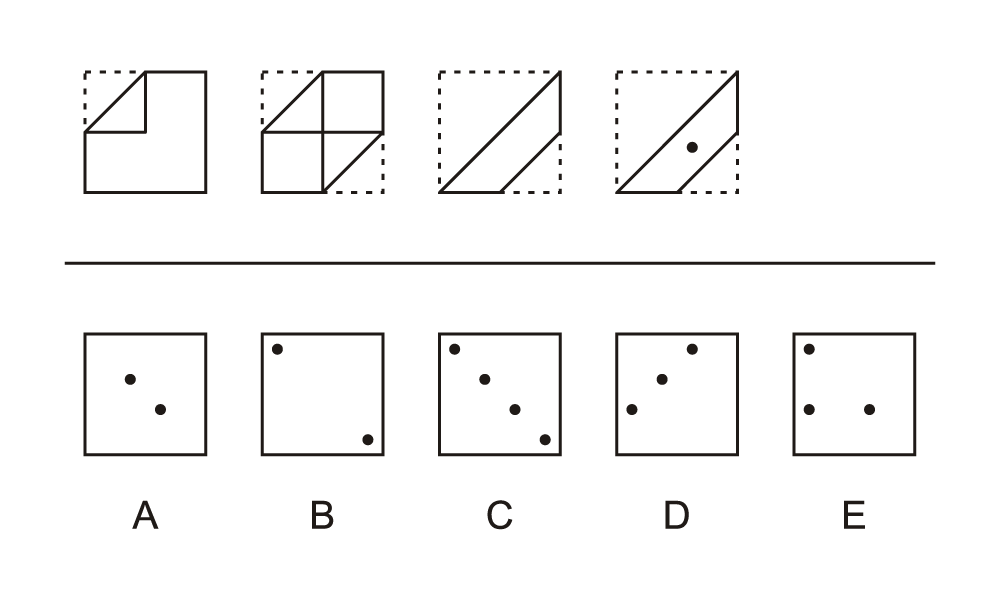 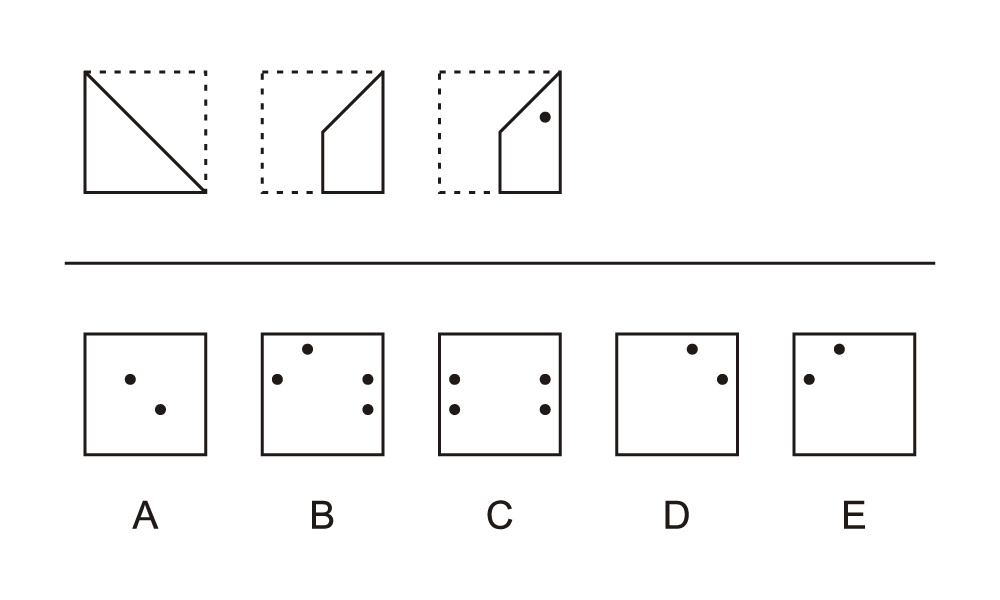 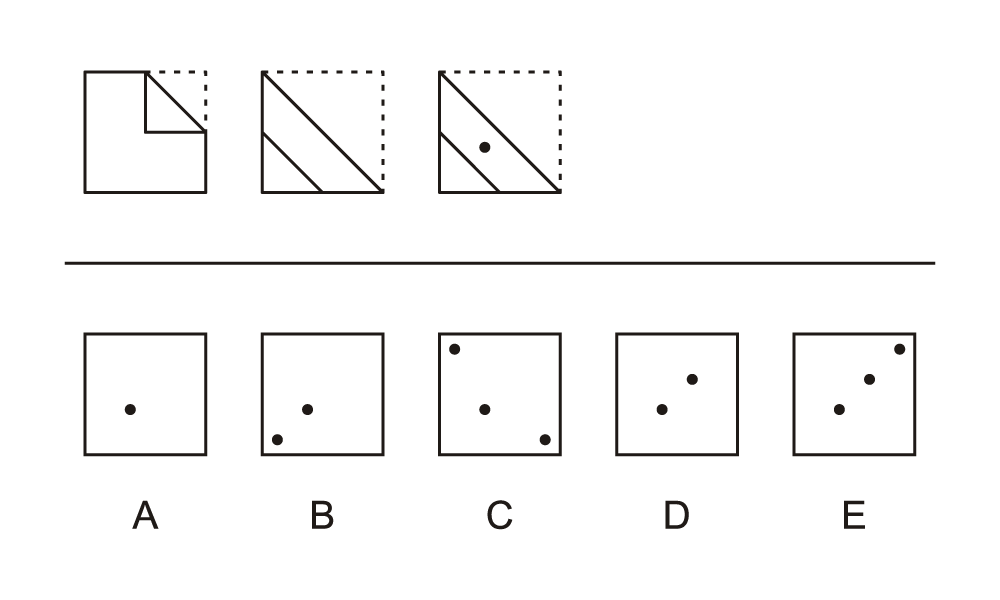 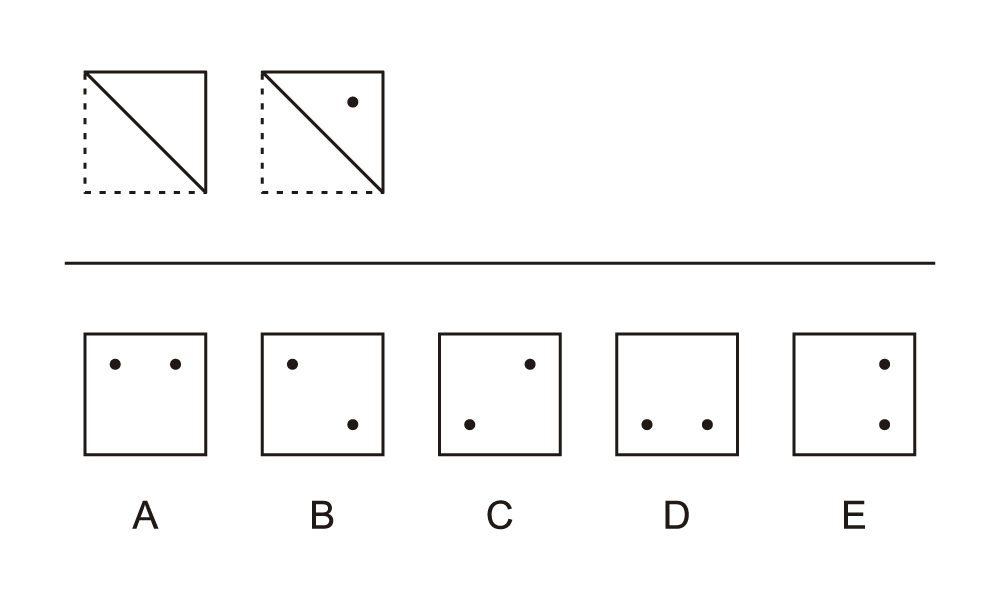 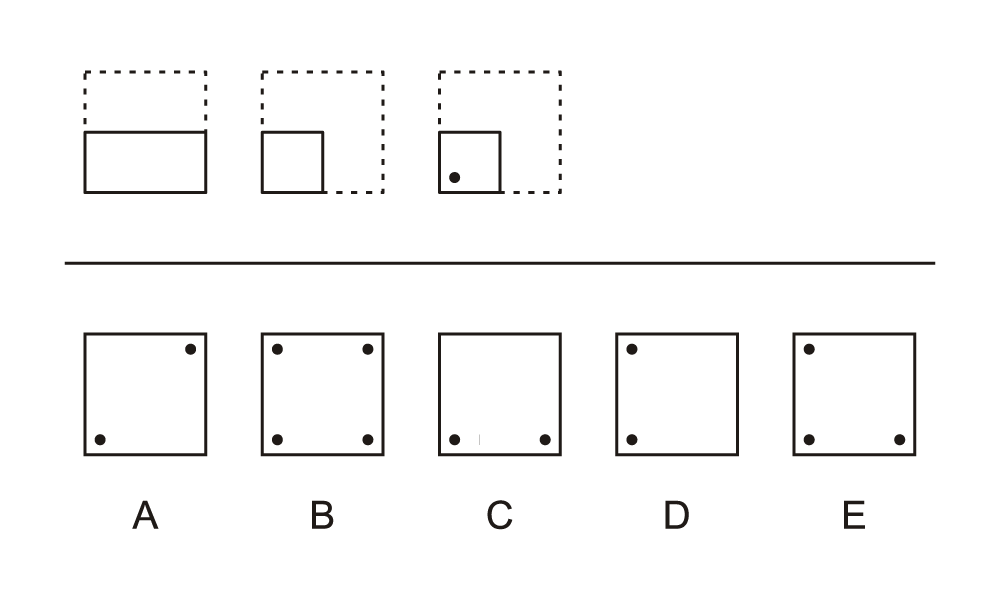 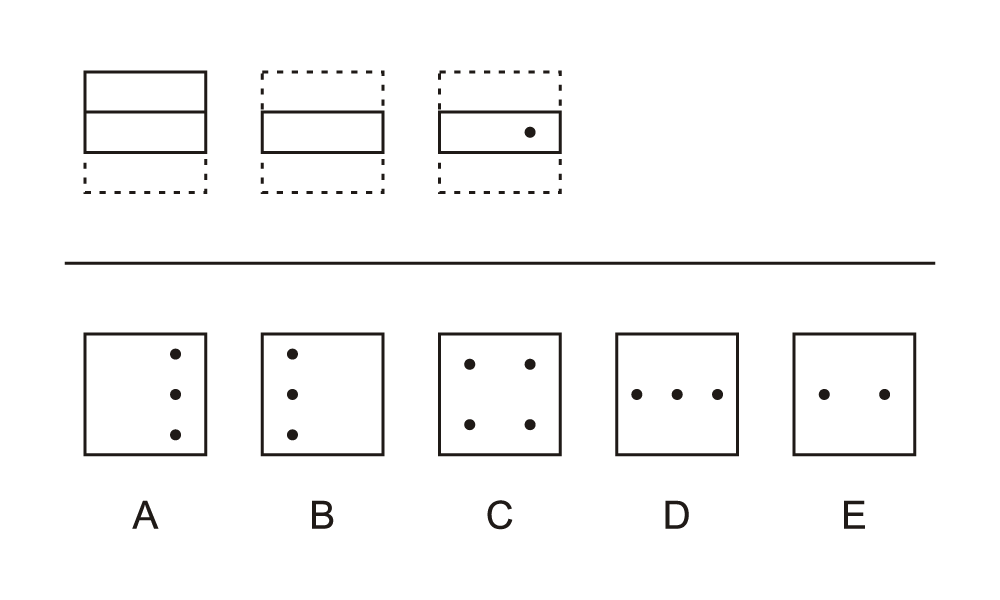 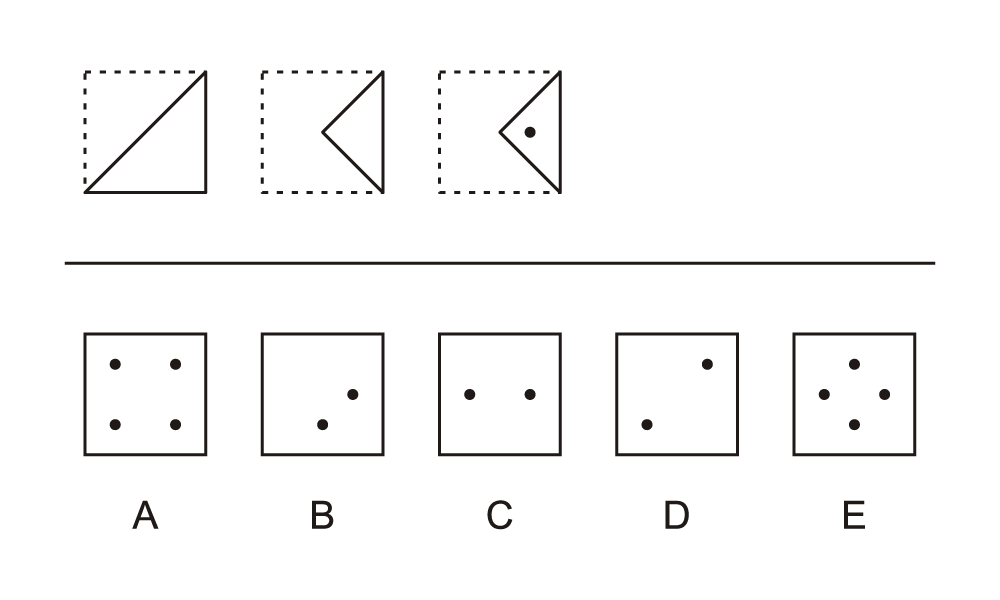 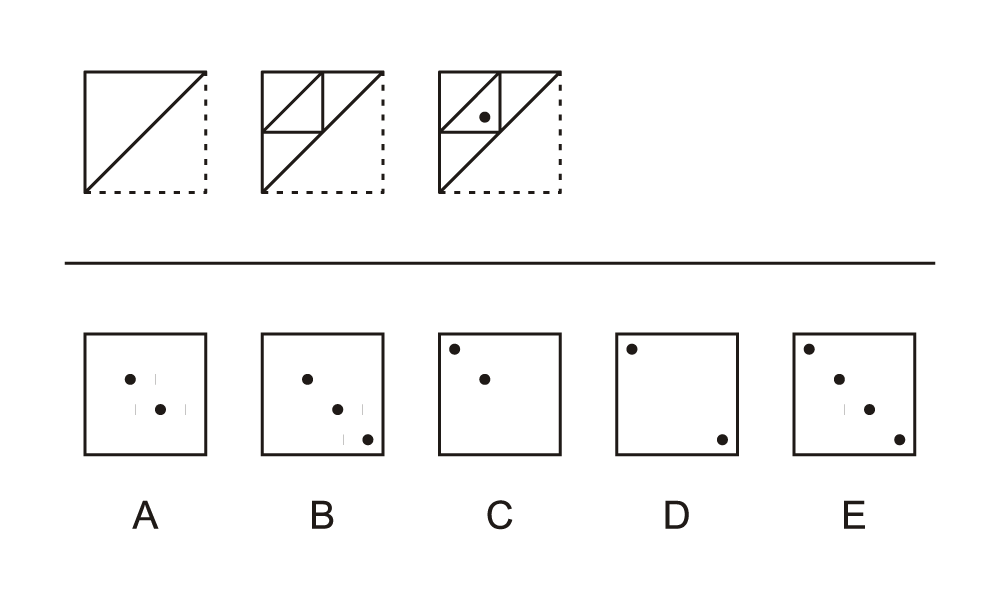 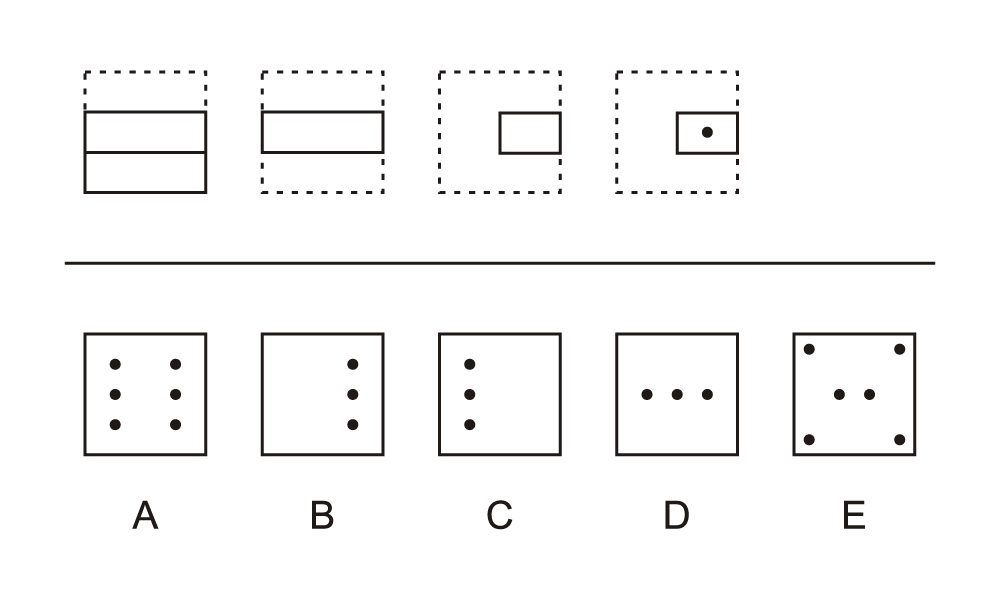 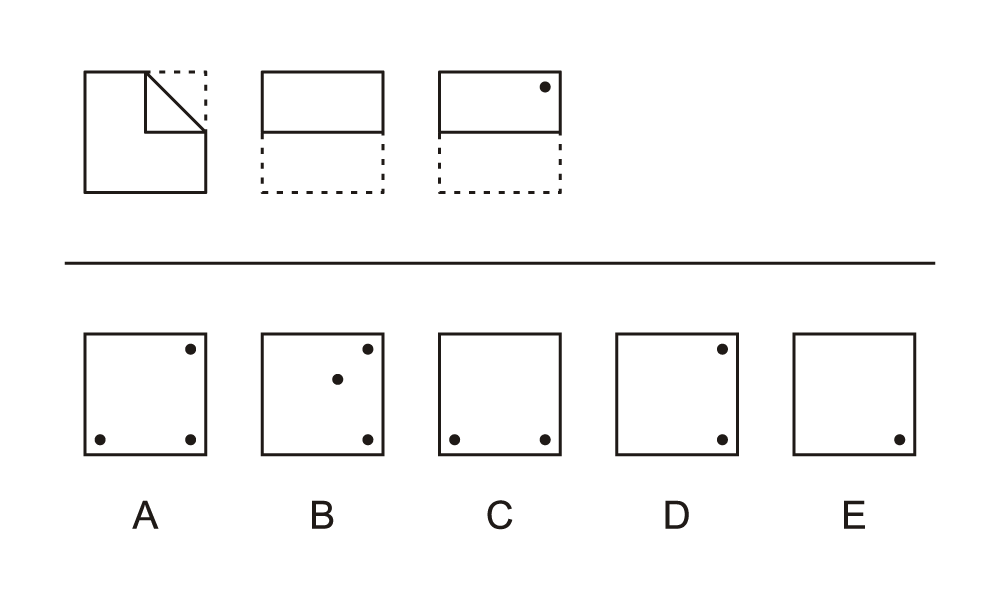 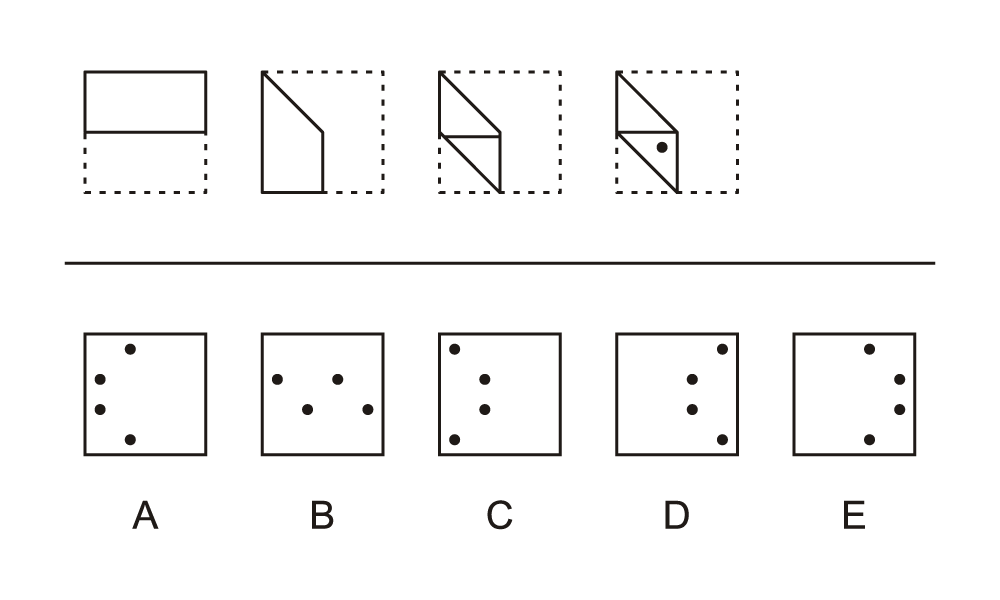 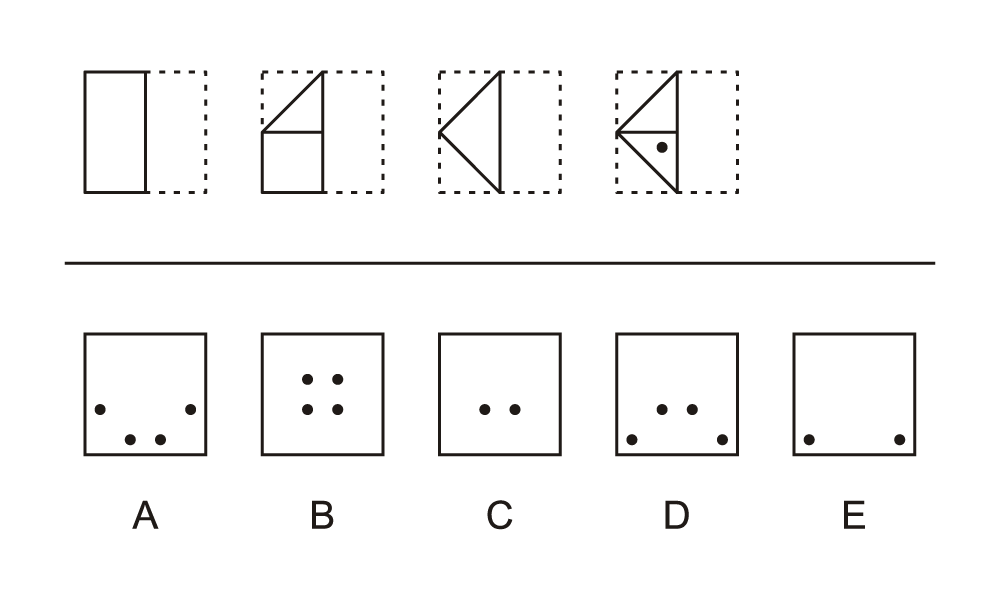 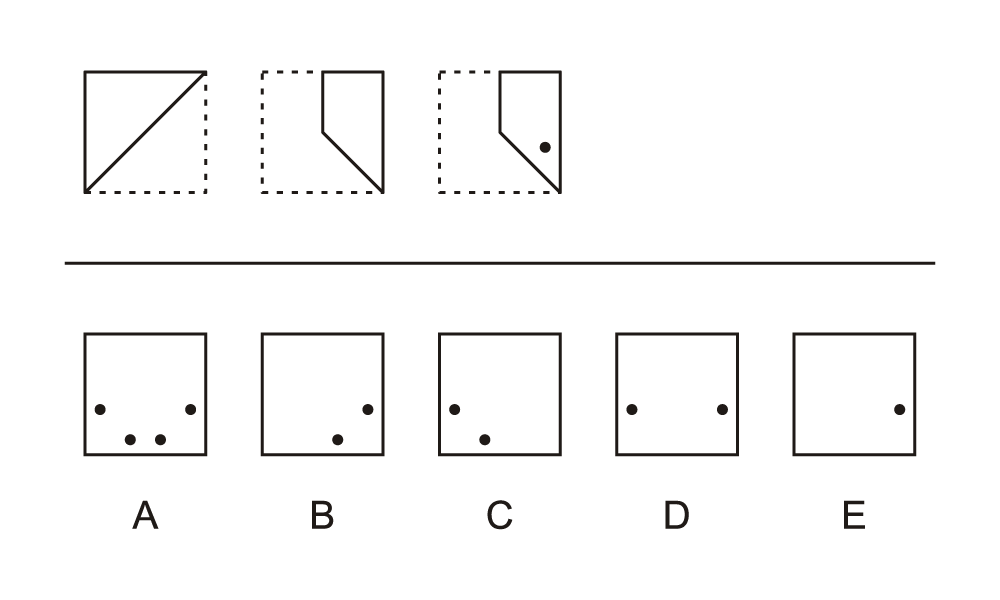