What is your covert narcissism score? For each of the following questions, indicate how well it describes you below.

I feel that I have enough on my hands without worrying about other people's troubles.

The IDRlabs Covert Narcissism Test is based on the Maladaptive Covert Narcissism Scale authored by Jonathan M. Cheek, Holly M. Hendin, and Paul M. Wink. IDRlabs is not affiliated with the mentioned researchers or their institutions.

The test provides feedback such as the following: Your score represents a result reflecting extremely high covert narcissism in relation to traits associated with vulnerable self-esteem and covert narcissism. Your score is extremely elevated compared to the population average. Depending on your individual response to each question, this result may reflect introversion or traits related to sensitivity or anxiety. There are certain overlaps among the Maladaptive Covert Narcissism Scale and other instruments that measure introversion and sensitivity.

Traits or symptoms experienced in association with vulnerable self-esteem related to covert narcissism may present as increased need for external validation, attention, and admiration; high introversion; high anxiety; hypersensitivity toward perceived criticism, humiliation, neglect, or belittlement; shamefulness and delusions of persecution; strong envy and a tendency to be judgmental; low self-confidence and high defensiveness along with social awkwardness; shyness; emotional dysregulation; a tendency toward interpersonal conflict and antagonistic behavior, and an altruistic, humble self-presentation. A higher score may reflect more severe traits related to covert-vulnerable narcissism.

The MCNS is designed to measure subclinical traits related to vulnerable self-esteem and covert narcissism as proposed by Wink in his related body of research into vulnerable narcissism. The MCNS cannot be used as an instrument to diagnose a personality disorder, nor should it be confused with an instrument measuring psychopathology in a clinical or psychiatric context. A psychological evaluation should be performed in cooperation with a mental health professional. 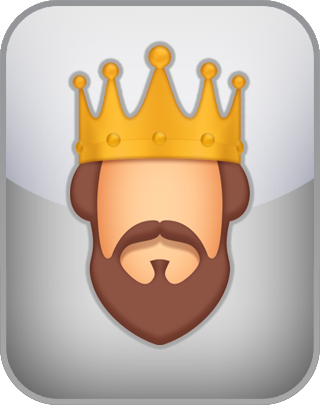 1. Free. The Maladaptive Covert Narcissism Scale is provided to you free of charge and allows you to obtain your scores related to areas of vulnerable self-esteem and covert narcissism.

2. Scholarly oriented. Feedback derived from this test is based on the research of psychologists in the field of vulnerable covert narcissism, with the intent of delivering a clear picture of the respondent’s characteristics indicating vulnerable self-esteem as measured according to standardized items in a self-report questionnaire format.

5. Made by professionals. The present test has been made with the input of people who work professionally with psychology and individual differences research.