Narcissism is one of the oldest and most written-about traits in psychology. The present test, the Narcissistic Personality Inventory (NPI), is one of the most classical and widely used tests in psychology. The test is designed to measure subclinical narcissism in the general population. That is to say, the test cannot be used to diagnose Narcissistic Personality Disorder (NPD) and someone who gets highest possible score on this test does not necessarily have NPD.

For each of the questions below, select the statement that applies the most to you.

The Narcissistic Personality Inventory (NPI) is the property of Robert Raskin, Howard Terry and Calvin S. Hall. It is used under a research license by IDR Labs International.

Although designed to measure subclinical narcissistic traits traits, the NPI should not be used to diagnose Narcissistic Personality Disorder (NPD) or be confused with the Five Factor Model or Dark Triad systems of personality. The Narcissistic Personality Inventory (NPI) is the property of Robert Raskin, Howard Terry and Calvin S. Hall. It is used under a research license by IDR Labs International. Artwork and non-item text is the property of IDR Labs International. The narcissism threshold for U.S. adults was taken from Drew Pinsky and Mark Young: 'The Mirror Effect: How Celebrity Narcissism Is Seducing America' (Harper Collins 2009). The threshold for U.S. Presidents was taken from Watts, Lilienfeld, Smith, Miller, Campbell, Waldman, Rubenzer, and Faschingbauer: 'The double-edged sword of grandiose narcissism: implications for successful and unsuccessful leadership among U.S. Presidents' (Psychological Science Journal 2013 Dec;24(12):2379-89) and R.J. Deluga: 'Relationship among American presidential charismatic leadership, narcissism, and rated performance' (The Leadership Quarterly Journal Volume 8, Issue 1, 1997, Pages 49-65). The threshold for reality TV stars was taken from W.K. Campbell, Professor of Psychology at University of Georgia and author of 'The Narcissism Epidemic: Living in the Age of Entitlement' (Atria Books (2010). 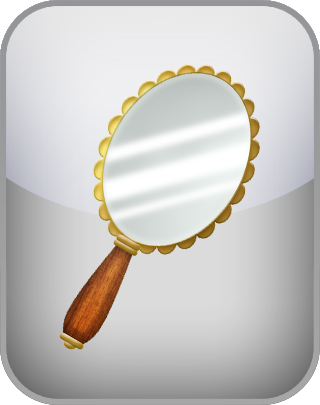 1. Acceptable validity and reliability. While empirical testing has shown the validity of the Narcissistic Personality Inventory test to be muddled at the factor level, the scientific evidence concerning the whole of the scale is solid, and the test has been shown to exhibit acceptable scientific reliability.

2. Free. This online narcissism personality test is delivered to you free of charge and will allow you to obtain your scores on the NPI inventory of subclinical Narcissistic traits.

3. Benchmarked to group averages. While there are other Narcissistic Personality Inventory personality tests in existence, ours is one of the few to link the respondent's scores to a benchmarks of group averages, as determined by peer-reviewed personality studies.