The Eating Disorders Indicators Test fuses several instruments intended to screen for the presence of active eating disturbances, such as anorexia, bulimia, and binge eating disorder. While the symptoms of various eating disorders frequently blend into one another, this test assesses the severity and risk of each eating disorder separately.

Could you be said to be struggling with an eating disorder? For each of the following statements, indicate your level of agreement below.

I use laxatives, diet pills, and/or diuretics to control my body weight or shape.

The IDRlabs Eating Disorders Indicators Test (IDR-EDIT) was developed by IDRlabs. The IDR-EDIT is based on the work of Dr. David M. Garner, Ph.D., and his colleagues. The IDR-EDT is not associated with any specific researchers in the field of personality psychology, clinical psychology, or any affiliated research institutions.

Anorexia: Anorexia, clinically termed anorexia nervosa, is an eating disorder characterized by abnormally low body weight (at least 15% less than their normal/ideal body weight), an intense fear of gaining weight, and a skewed sense of weight. Anorexia translates as "loss of appetite," yet this term is misleading because those who suffer from this condition frequently feel hungry but still refuse to eat. Anorexics put great emphasis on maintaining their weight and physical appearance, often by abstaining from food to the degree that seriously disrupts their day-to-day routine. They typically severely restrict their food intake to keep losing weight. No matter how much weight is lost, many anorexic people still feel anxiety about their weight and may even consider themselves fat while severely underweight.

Bulimia: Bulimia, also known as bulimia nervosa in the medical community, is a severe eating condition most frequently characterized by covertly binging on food and purging oneself. The latter is the forced way of unloading or removing the additional calories from one’s digestive system before properly processing. For instance, following a binge eating spree, bulimic people frequently self-induce vomiting, or abuse laxatives, diet pills, diuretics, or enemas. Fasting, tight dieting, or overexertion may also accompany bulimic symptomology. Since people with bulimia frequently worry about their weight and physical appearance, many hold harsh and critical opinions of themselves. Compared to anorexia, bulimia involves episodes of binge eating and subsequent purging, whereas anorexic people are more likely to entirely forgo eating, with no binge episodes to offset their undernourishment.

Binge Eating: People with binge eating tendencies repeatedly eat large amounts of food and feel that they cannot stop throughout such episodes. Everyone occasionally overeats, but people with pronounced binge eating tendencies experience repeated excessive overeating sprees that spiral out of control. Those with significant binge eating tendencies often feel ashamed of their overeating and try to force themselves to stop. Still, many feel such a strong compulsion that they are powerless to control their urges and keep eating in excess against their conscious will. Frequent symptoms accompanying this condition are eating much faster than usual, consuming food until one is uncomfortably full, and eating a lot even though one is not physically hungry. People with binge eating symptoms may also eat alone because of embarrassment about how much they are consuming. Many with this condition feel sorry, depressed, or ashamed of themselves after binge eating episodes.

As the publishers of this free online Eating Disorders Indicators Test, which allows you to screen yourself for the signs of these conditions, we have strived to make the test as reliable and valid as possible by subjecting this test to statistical controls and validation. However, free online quizzes such as the present eating disorders test do not provide professional assessments or recommendations of any kind; the test is provided entirely “as-is.” For more information about our online tests and quizzes, please consult our Terms of Service. 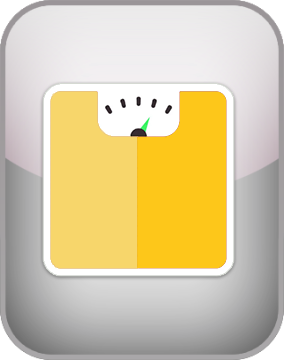 1. Free. This Eating Disorders Indicators Test is delivered to you free of charge. It will allow you to obtain your scores related to the characteristic attitudes of individuals with anorexia, bulimia, and binge eating disorder tendencies.

2. Clinically oriented. The feedback delivered by this instrument is based on the work of researchers and Ph.D.s. It is designed to give a clear clinical picture of the respondent’s current behavior indicating eating disorders as measured according to standardized items.