Based on the work of Howard Gardner, Ph.D.

This test is designed to assess your abilities in eight different areas of intelligence: linguistic, logical-mathematical, spatial, bodily-kinesthetic, musical, interpersonal, intrapersonal, and naturalistic.

Each of these areas represents a different way of thinking and learning, and we all have strengths in some areas and challenges in others. By taking this test, you gain a better understanding of your own unique abilities and how you can use them to your advantage.

Please keep in mind that this test is not a measure of your overall intelligence or worth as a person. It is simply a tool to help you understand yourself better and learn more about the way you think and learn.

So let's get started! Answer the following questions below to the best of your ability. There are no right or wrong answers, so just be honest and let your true abilities shine through. What are your strongest intelligences? For each of the following statements, indicate your level of agreement below.

The test measuring the following 8 types of intelligence:

Linguistic Intelligence or “word smarts” is competence with spoken and written language. It is the ability to effectively use words to express ideas (as well as understand the ideas of others through their words) and to comprehend complex vocabularies using uncommon, technical, or foreign words. This type of intelligence is often found among writers, public speakers, language learners and teachers, and in other professions which involve juggling words and speech. Linguistic intelligence has also been associated with academic problem-solving and abstract reasoning skills. Those who are high in this type of intelligence often enjoy crossword puzzles, Scrabble, reading and writing, and all manner of wordplay.

Logical-Mathematical Intelligence, “number smarts” or “reasoning smarts,” is the ability to work well with numbers, complex concepts, and scientific ideas. It involves calculating, quantifying, hypothesizing, and thinking in mathematical abstractions and sequential reasoning, as well as inductive and deductive thinking. People who are high in this type of intelligence are often interested in sequential patterns, logical connections, puzzles, strategy games, experiments, and games that involve numbers (such as Sudoku). This type of intelligence is often found among mathematicians, detectives, and scientists.

Musical Intelligence or “sound smarts” is the ability to distinguish and appreciate the different elements of music as exhibited by singers, musicians, composers, conductors. People high in this type of intelligence are usually keen listeners who excel in their capacity to create, remember, and discern musical patterns, as well as melodies, beats, and songs. It is not uncommon to find people high in musical intelligence humming, drumming, or singing to themselves. Many also learn better through devices that involve rhymes, beats, or songs.

Bodily-Kinesthetic Intelligence or “body smarts” is the ability to use the body to communicate, solve challenges and problems, and process information through movement, gestures, and facial expressions. This type of intelligence is associated with dexterity, flexibility, coordination, and other somatic-motory skills. Dancers, athletes, sculptors, carpenters, and surgeons all tend to be high in body smarts. Those with this kind of intelligence often learn better through movement, doing, touching, and physically interacting with others. They also usually have good muscle memory and tend to be great with tools.

Spatial-Visual Intelligence or “picture smarts” is the capacity to think in spatial relations and images. People high in this trait often excel in areas related to artistic skills, mental imagery manipulation, pictorial imagination, and spatial analysis. This type of intelligence is often found in photographers, painters, interior designers, graphic designers, navigators, architects, and other professions where visual thinking is at a premium. Picture smart individuals are often found doodling or drawing; they are good at distinguishing and blending colors, interpreting visual illustrations, and seeing the patterns in visual input and imagery.

Interpersonal Intelligence or “people smarts” is the ability to effectively interact with and understand other people. People high in this trait are usually known for their advanced communication skills, empathy, and ability to assess others’ feelings and intentions correctly. They are also usually great at solving conflicts and creating positive relationships around them. Psychologists, educators, politicians, social workers, and people who work in sales are usually high in this trait.

Intrapersonal Intelligence or “self smarts” is the ability to understand oneself and utilize such knowledge in one’s decision-making and planning. People high in this trait are typically well aware of their thoughts, feelings, weaknesses, strengths, and motivations. Moreover, they usually have rich and rewarding introspections and like to process their experiences in depth. They express their feelings creatively and put others at ease by being maturely self-aware. This type of intelligence is often demonstrated by psychologists, writers, theorists, philosophers, scientists, and spiritual leaders

Naturalistic Intelligence or “nature smarts” is the ability to be in tune with the natural world and discern the patterns that govern its ecology. People high in this trait are interested in learning more about nature, exploring and saving the environment, and nurturing life. They are typically skilled at looking for relationships, differences, and patterns in nature. Nature-smart people enjoy hiking, camping, gardening, and other outdoor activities. This intelligence is demonstrated by farmers, biologists, foresters, geologists, breeders, horticulturists, and animal trainers.

As the publishers of this free online Intelligence Type Test, which allows you to screen yourself for the signs of this personality, we have strived to make the test as reliable and valid as possible by subjecting this test to statistical controls and validation. However, free online quizzes such as the present Intelligence Type Test do not provide professional assessments or recommendations of any kind; the test is provided entirely “as-is.” For more information about any of our online tests and quizzes, please consult our Terms of Service. 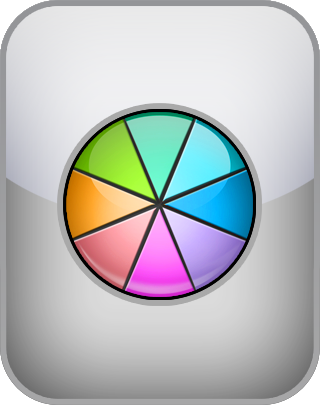 1. Free. This Intelligence Type Test is delivered to you free of charge and will allow you to obtain your scores related to your competencies and preferred learning styles.

2. Educationally oriented. The feedback delivered by this instrument is based on the work of Ph.D.s and is designed to deliver a clear picture of your learning styles as measured according to standardized items.