Scientists like John R. Hibbing, Ph.D., Kevin B. Smith, Ph.D., and John R. Alford, Ph.D., argue that differences between the political left and right are not just a cultural phenomenon, but that they are rooted in genetics as well.

You sometimes keep old plane and movie tickets as memorabilia:

The sources used in the compilation of the IDR Labs Left / Right 20 Questions Test include research by John R. Hibbing, Ph.D., Kevin B. Smith, Ph.D., and John R. Alford, Ph.D., in their book 'Predisposed - Liberals, Conservatives, and the Biology of Political Differences,' as well as Alford and Hibbing's work with Jeffery J. Mondak, Ph.D., Christine Lavin, Ph.D., and Gene Weingarten, Ph.D., as published in Hardwired Magazine 2009. Further sources include the research of Jayme Neiman, Ph.D., in her research paper 'Phenylthiocarbamide Detection and Political Ideology,' and of Dana R. Carney, Ph.D., John T. Jost, Ph.D., Samuel D. Gosling, Ph.D., and Jeff Potter, Ph.D., in their scientific article 'The Secret Lives of Liberals and Conservatives: Personality Profiles, Interaction Styles, and the Things They Leave Behind,' as featured in the Journal of Political Psychology, Vol. 29, No. 6, 2008. Three final sources include the research by Jonathan Haidt, Ph.D., in his book 'The Righteous Mind' as well as the research by Felicia Pratto, Ph.D., Jim Sidanius, Ph.D., Lisa M. Stallworth, Ph.D., and Bertram F. Malle, Ph.D., in their scientific article 'Social Dominance Orientation: A Personality Variable Predicting Social and Political Attitudes,' in the Journal of Personality and Social Psychology, Vol 67(4), 1994 and Jonathan Haidt, Ph.D., Clark McCauly, Ph.D., and Poul Rozin, Ph.D. and their work on the psychometric sensitivity index, the DS-R. IDR Labs International is an independent research venture, which has no affiliation with the researchers mentioned in this notice.

The results of our online Left / Right 20 Questions Test are provided "as-is" and should not be construed as providing professional or certified advice of any kind. For more on our online personality test, please consult our Terms of Service. 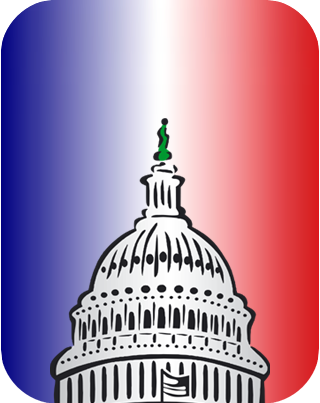 1. Free. This free online right-wing or left-wing test is delivered to you free of charge and will allow you to ascertain how your lifestyle predicts your political orientation based on the latest insights of the peer-reviewed research of leading social scientists.

2. Based on Science. Our free political personality test has been developed on the basis of state of the art social science, as written and researched by Ph.D.s and professors at leading universities.

5. Cutting Edge. Our free political personality test is one of the few free online tests that is dedicated to personality testing in the emerging field of biopolitics, exploring the genetic and biological basis of our political opinions.