Quotes by and about Alfred Adler

Adler: "As far as I can look back, I was always surrounded by friends and comrades, and for the most part, I was ... well-loved. ... This development began early and has never ceased."

Adler: "Some day the church of true humanity will arise more proud and daring than our thoughts can comprehend."

Adler: "[Dostoevsky's] achievements as a psychologist have not yet been exhausted. [He] must be hailed as our teacher even today. ... His creations, his ethic, and his art take us very far [towards] understanding ... human cooperation." 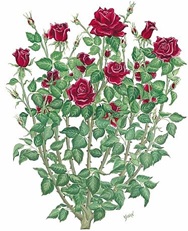 Adler: "[If reincarnated, I want to come back as a] rose [because] it is beautiful to look at, and it grows on a bush with many others."

Adler: "[Freud's psychology] is a spoiled child's psychology. ... But what can be expected of a man who [has to] ask: 'Why should I love my neighbor?'"

V.W. Odajnyk: "Adler was the equal of Freud and Jung in his penetrating exploration of the psyche."

Edward Hoffman: "Adler clearly liked being around other people. ... He enjoyed forming new acquaintances and deepening them through shared activity."

Edward Hoffman: "[Adler had a] charismatic debating style. Genially, Adler would typically fence off in debate by expressing warm agreement for the spirit ... of the questioner's remarks. Then, while still voicing praise, admiration, and even flattery for the speaker's acuity, Adler would forcefully reassert his own position. Often, the would-be critic was so touched by Adler's disarming and effusive compliments that the debate was over." 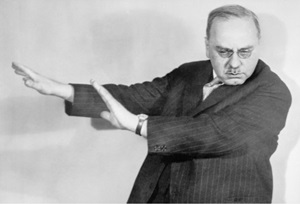 Edward Hoffman: "Adler [was] exciting and ... dramatic as a speaker."

Sigmund Freud: "[Adler] has a significant intellect with a great gift for presentation."

V.W. Odajnyk: "[Adler] engaged his patients personally [and] many of them remained his lifelong friends."

Edward Hoffman: "Unlike his more aloof colleagues Sigmund Freud and Carl Jung, Adler believed in 'democratizing psychology.' ... [He wished to share] its scientific insights with virtually everyone who was willing to listen."

Edward Hoffman: "[Adler believed that] Only by taking psychology's teachings to the masses of men could a more harmonious world be achieved." 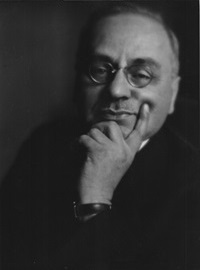 Philip Mairet: "Freud was a brilliant [writer] and Jung very fascinating to read. Adler didn't want to be a writer. He didn't much believe in it. To [him], every fresh spark of universal human understanding had to be struck out between human beings conversing on these things man-to-man."

[Adler's son:] "As I reflect upon my father's life, I am impressed by his ability to affect so many people - not only as a social theorist ... but also as a ... teacher, lecturer and friend."

[Adler's son:] "My father was the complete antithesis of the armchair intellectual. He considered himself a man of the people. ... He always tried to use simple language, so that his ideas could be understood by all."

Carl Jung: "Adler, I suppose, was personally never a real introvert, therefore as soon as he had a certain success he began to develop an extraverted behavior."

Carl Jung: "[The psychology of Adler is a] collectivizing psychology ... which erases all differences."

Carl Jung: "Adler ... gave me the impression of a neurotic introvert, in which case there is always a doubt as to the definite type."

New York Herald: "Scientists of today are either hard, cold ... machines like Freud, or palpitating human beings ... like Adler."

Edward Hoffman: "[Adler's] longtime favorite author [was] Fyodor Dostoevsky. ... [To Adler], Dostoevsky had found 'the richest fulfillment of human worth in the form of fellow-love.'"

Adler: "Our children ... shall enjoy that to which we yearningly aspire: Air, light, nourishment, which today are still kept from the people. ... We are fighting for sanitary housing, adequate wages, for the dignity of labor, for solid knowledge, that these may some day be assured for our children. Our sweat is their peace; their health is our struggle."

Edward Hoffman: "[Adler was] strongly drawn to socialism. ... [However], he was much less drawn to economic theory and analysis than to socialism's optimistic viewpoint that peoples' lives could be immeasurably enhanced through specific societal action."

Edward Hoffman: "Adler emulated Nietzsche's belief in the importance of will ... as a powerful force. ... Yet, as an idealistic socialist who had long been concerned for the working-class masses, Adler was definitely no Nietzschian."

Edward Hoffman: "Adler had prided himself as an intellectual Marxist, but had never embraced Lenin's elitist and antidemocratic advocacy of violence."


Edward Hoffman: "[To Adler] emotionally healthy people possess social feeling in strong measure and are also able to encourage it in others. ... [To him, psychology had to] foster this key personality trait throughout the world."

Edward Hoffman: "Temperamentally, [Freud and Adler] were quite different. Freud's major motive for entering medicine had been research. ... He made it clear that treating patients was for him a largely unpleasant financial necessity. ... Few ... would ever describe him as a warm or jovial person. In contrast, Adler ... had never been drawn to laboratory investigation. He enjoyed treating patients, as well as lecturing before a wide variety of nonprofessional audiences."

Edward Hoffman: "Possessed of a genial and outgoing personality, Adler's favorite activity was to spend his evening hours conversing with friends in a bustling cafe."

Edward Hoffman: "Quite unlike Adler, [Freud] had aristocratic tastes and felt condescension toward the working-class masses."

Walter Kaufman: "Adler had a messianic streak and had visions of saving humanity."

Walter Kaufman: "Adler was the opposite of Nietzsche. He had a great regard for public opinion and did not wish to give offense."

Yair Hazan: "If Adler is or was so important in the [history of psychology], why he is so little known or recognized? ... [It is] because of his political generosity. This led him to say that his [thinking] was like a basket of fruits [from which] anyone could take the one he liked the most and make his own without [crediting] the place from where it was taken."

Did Adler write his own books?

' was a runaway best-seller. ... The book was actually based on lectures Adler had given ... from notes taken by Walter Wolfe."

Edward Hoffman: "As would become the pattern for Adler's many popular books to follow, he had little to do with [the] actual writing [of 'Understanding Human Nature

']. ... Adler regarded writing as only a vehicle by which his ideas could reach an audience wider than the consulting room or lecture hall."

Walter Kaufmann: "Most of [Adler's] books were not actually written by him. ... 'The Nervous Character,' which appeared in German in 1912 ... is an exception. It was written by Adler himself."


Walter Kaufmann: "Social concern [was] one of Adler's central characteristics."

Walter Kaufmann: "While Freud had practically considered it a point of honor to refrain from giving people religious satisfaction, Adler tried ... to be inspirational."