Quotes by and about Ayn Rand

Rand: "I was [never] in love with the mere beauty of writing; I judge it by its purpose."

Rand: "Aristotle was the greatest of all philosophers."

Rand: "Aristotle may be regarded as the cultural barometer of Western history. Whenever his influence dominated the scene, it paved the way for one of history's brilliant eras; whenever it fell, so did mankind."

Rand: "There is no such entity as 'the tribe' or 'the public'; the tribe (or the public or society) is only a number of individual men."

Rand: "Kant is the most evil man in mankind's history."

Rand: "Ever since Hume and Kant ... philosophy has been striving to prove that man's mind is impotent. ... [That is] treason."

Rand: "[In his own conception, C.S. Lewis] is not opposed to science - oh no! - not to pure science, only to applied science - only to anything that improves man's life on earth!"

Rand: "[As a child] I felt that I was imprisoned among dull people."

Anne Hathaway: "Whether or not you agree with Ayn Rand - and I have certain issues with some of her beliefs - the woman can tell a story. I mean, the novel as an art form is just in full florid bloom in 'Atlas Shrugged.'"

Barbara Branden: "[Her work] is both angry and exaltedly idealistic, a tortured hymn to integrity. In it one sees the union of attitudes so marked in Ayn: the union of passionate idealism with a profound scorn for those who are only idealists, who renounce the responsibility of translating their ideals into action and reality."

Barbara Branden: "[Her close friend] Albert Mannheimer [said] that he had been fascinated, 'almost hypnotized' by her intellectual brilliance and by the power of her personality."

Barbara Branden: "[There were] private affectionate names that new friends were always astonished to discover Ayn and [her husband] Frank used for each other: he was 'Cubby-hole' and she was 'Fluff.' This severely austere intellectual took enormous pleasure in being called 'Fluff.' The woman who most of her life felt as if she were a brain encased in flesh, seemed never to feel more womanly than when Frank addressed her by her pet name." 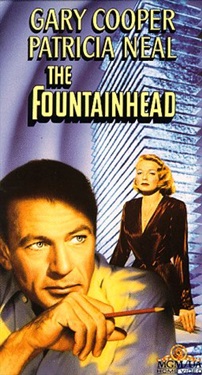 Barbara Branden: "[Before the success of 'The Fountainhead'] Ayn could not know what was to happen - but beneath her pain and despair still existed the bright core of conviction she had carried with her throughout her thirty-eight years: that human beings will ultimately respond to values. It might happen more slowly than she had expected, it might take longer; but 'The Fountainhead' was an important book, and one day it would find its audience. Frances Hazlitt was never to forget Ayn telling her, even before the novel was accepted by Bobbs-Merrill, that her novel would become a bestseller, would have great impact, would change people's lives - that a movie would be made of it, and that she would demand a say in picking the actors; she would choose Gary Cooper as the male star. Henry Hazlitt was later to say, 'To our enormous surprise - but not to Ayn's - it all came true.'"

Barbara: "From the [publication of 'The Fountainhead'] Ayn was deluged by mail from her readers. Publishers later said that they know of no other writer who inspired an equivalent response. The letters began to come - and would continue to come until Ayn's death - from professors and unskilled workers, from students and soldiers, from housewives and scientists and businessmen and artists. They wrote that they had found in Roark's moral intransigence a personal ideal - that the image of Roark had given them a greater courage to stand by their own convictions and to fight for their own achievements - that 'The Fountainhead' had liberated them from the guilt they had experienced for their failure to live by the altruist ethics - that it had taught them to feel proud of their work - that after reading it, they gave up meaningless jobs which they had accepted as second best, and returned to the careers for which they had longed - that it had given them the sense of what is possible in life, what is possible to man, what is possible to them."

Barbara Branden: "The distance [from their ranch in the San Fernando Valley] to Hollywood became a severe problem. Frank had promised to teach her to drive their new Cadillac convertible, so that she would not be dependent on him. He gave her several driving lessons, then they both gave up the attempt in mutually enraged despair. ... Ayn, who found mechanical objects impossible to master, was unable to learn. [Whenever she wanted to go to Hollywood] Frank had to take her."

Rand [after visiting Frank Lloyd Wright at his home:] "The buildings were magnificent ... connected by courts and galleries, built on sloping hills, and adapted perfectly to their site. But they were terribly neglected; there were broken window panes, doors that didn't fit, the floors creaked - he had a theoretical mind with no concern for how one would actually live, the practical side didn't interest him."

Barbara Branden: "As Ayn [characterized Frank Lloyd Wright], it was clear to her listeners that, unknowingly, she was describing her own attitude and her own way of life; Frank had always furnished their apartments attractively ... with the clean, modern lines that Ayn loved ... but the furniture was soon ripped by the claws of their cats, the carpets were stained, the bathroom was rarely cleaned. Ayn 'had a theoretical mind with no concern for how one would actually live.'"

Barbara Branden: "[Ayn] invited Morrie Ryskind and his wife Mary. The evening went well, but when they left, Pat said, 'I don't like Jewish intellectuals.' Angrily, Ayn replied, 'Then you don't like me.' Pat laughed, insisting that she had not meant it 'that way.' Ayn's response was typical of her. She would not grant what she termed 'the sanction of the victim.' If Pat was implicitly insulting her by her remark about Morrie Ryskind, Ayn would not spare Pat's feelings by pretending she didn't know it. What others, out of pity or conventional good manners or fear preferred not to name, Ayn named."

Milton Friedman: "Rand did not regard facts as relevant ways of testing her propositions. She derived everything from [her proposition] 'A is A.'"