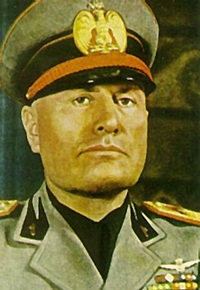 Quotes by and about Benito Mussolini

Mussolini: "Life ... should be high and full [and] lived for oneself."

Mussolini: "The reality of experience is far more eloquent than all the theories and philosophies on all the tongues and on all the shelves."

Mussolini: "My political evolution has been the product of a constant expansion, of a flow from springs always nearer to the realities of living life and always further away from the rigid structures of sociological theorists." 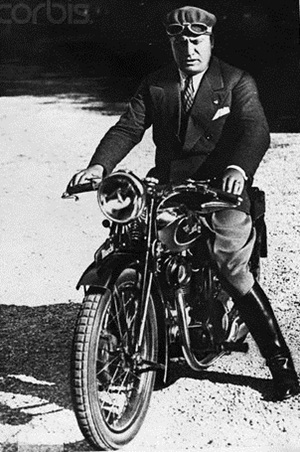 Mussolini: "For me it would have been dreadful [if I had fallen] into the chains of comfortable bureaucratic employment. ... That smug existence [with] thoughts of an old-age pension at the end of the dull road ... would have sapped my energies."

Mussolini: "I enjoyed [childhood fights] with that universality of enjoyment with which boys the world around make friendship by battle and arrive at affection through missiles."

Mussolini: "I have never, with closed eyes, accepted the thoughts of others when they were estimating events and realities either in the normal course of things or when the situation appeared exceptional."

Mussolini: "My soldiers are brave fellows, but I can't have any confidence in my officers."

Mussolini: "Lenin is an artist who has worked men, as other artists have worked marble or metals. But men are harder than stone and less malleable than iron. There is no masterpiece. The artist has failed. The task was superior to his capacities." 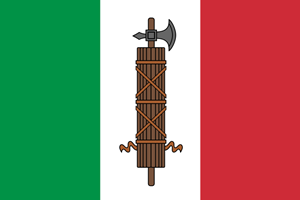 Mussolini: "Napoleon put a term to a revolution whereas I have begun one."

Mussolini: "The Truth ... is that men are [tired] of Liberty. They have a surfeit of it. Liberty is no longer the virgin, chaste and severe, to be fought for."

Mussolini: "It is humiliating to remain with our hands folded while others write history. To make a people great it is necessary to send them to battle. It matters little who wins."

Richard Crossman: "[Mussolini] is a myth-maker, he is, like Plato's guardians, conscious that 'the noble lie' is a lie."

Richard Washburn: "No one can spend much time with [Mussolini] without thinking that after all there are two kinds of leaders - outdoor and indoor - and that the first are somewhat more magnetic ... and more boyish and likable for their power than the indoor kind."

Carl Jung: "Mussolini has a certain vitality about him. He is a man - natural [and] warm. ... He speaks as a real person." 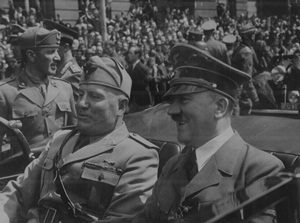 Carl Jung: "Mussolini is a man of physical strength. When you see him you are aware of it at once. He is [the] original man and he enjoys a military parade with the zest of a small boy at a circus."

Carl Jung: "Mussolini is all that he is on the surface, whereas Hitler is not."

Sigmund Freud: "I recognize in Mussolini the cultural hero of the ruler. ... [A man who] has educated the Italians to run their trains on time."