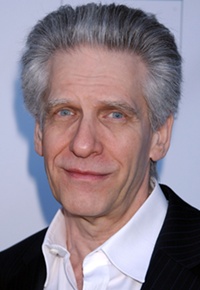 Quotes by and about David Cronenberg

Cronenberg: "I [do] not condescend to [my audience] or try to pull a 'fast one.'"

Cronenberg: "[I have] those moments when [my] eyes go blank and people who are around [me] wonder what [I'm] doing. They think [I'm] daydreaming or something."

Cronenberg: "I've done certain things and I don't feel the need to do them again. ... I don't want to bore myself."

[On films that rely heavily on special effects:]
Cronenberg: "I cannot see spending three years of my life wrapped up in something involving a lot of opticals and technological trickery; that's not where the real creativity is. Don't misunderstand me - I'm always happy to see those films and respect the people who make them - but that's not where the appeal is for me." 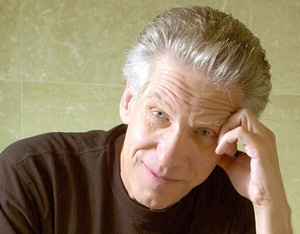 Cronenberg: "People do walk around like zombies, unaware of their own physicality, their own emotionality. ... There's nothing like falling off a motorcycle [like I did] to make you aware of your own body. I'm not even being facetious about that. ... [It made me] feel how much different it is to be alive than dead."

Cronenberg: "The essence of psychoanalysis cannot be scientific, because it's not repeatable. ... The scientific method requires repeatability; you should be able to do the same experiment in Beijing as in Vienna and you should get the same results. How can that be, when you have two individuals who are obviously unique, the psychoanalyst and the patient?"

Cronenberg: "Freud simplified things, I think, much too much for it to really cover the incredible variety of human nature, human personality, context, and upbringing."

Cronenberg: "All makers of monolithic theories want their theories to explain everything, and they want them to be strong and relatively simple. That's just the way it is, whether you're Marx or Freud or Christ."

Cronenberg: "Jung wanted to be a spiritual ... mystical, religious leader."