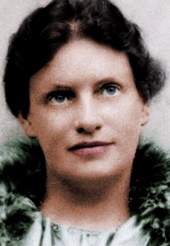 Quotes by and about Lou Salome

Salome: "It is so difficult for me to express [what I mean] properly in words. ... I always have to struggle for expression."

Salome: I know well from my own experience how exhausting people can be without their realizing the fact."

Salome: "Jung deals too much in mysticism [for my tastes]."

Salome: "Indulging in fantasy instead of adjusting to reality ... is accompanied by a feeling of guilt."

New York Times: "The self-portrait of [Salome] that emerges from [her autobiography] is that of a spirited and fiercely independent woman."

Friedrich Nietzsche [to Salome:] "Our intellects and taste are deeply connected. ... I have never met anyone who knew how to derive objective insights from their experience, no one who understood how to pull so much from what they have learned."

Emma Brooks: "[In her relationship with Rainer Maria Rilke] Lou became his spine, his anchor in life."

Anais Nin: "[Salome] may have seemed inhuman to some men because she announced the end of [her] relationships, which the man usually does. ... She said to Rilke, 'Now the passion is over, so the relationship is over', which was very unusual at that time."

Sigmund Freud: "All feminine frailties, and perhaps most human frailties, were foreign to her or had been conquered by her in the course of her life."