This test will allow you to have your personality compared to the characters from Star Wars (original trilogy only). This test uses the Big Five system of personality which is the most widely used personality test in social science and which has sometimes been referred to as "the only truly scientific personality test." The Big Five construct tends to yield scores that are high in validity and reliability, owing to the strong scientific testing that underpins the system.

The IPIP-NEO is compiled by Lewis R. Goldberg, Ph.D. and professor of psychology, but in the public domain. The CT-NEO-IP-III©, the CT-NEO-IP-II©, and the CT-NEO-IP© are the property of IDR Labs International.

The present test is based on the original Star Wars trilogy only. The original trilogy begins with Star Wars: Episode IV: A New Hope, in which we are introduced to the characters of Luke Skywalker and Princess Leia, as well as the iron-fisted administration of the First Galactic Empire and its representative Grand Moff Tarkin. On the planet of Tatooine, which is the home of Luke Skywalker, the ousted Jedi Knight Obi-Wan Kenobi lives under the pretense of being a sympathetic old recluse named Ben Kenobi as he watches over the young Skywalker. As Luke grows to understand his Jedi potential, he joins forces with Han Solo, leaves Tatooine, and joins the Rebels in their quest to annihilate the Death Star and save Princess Leia from Darth Vader. In Star Wars: Episode V: The Empire Strikes Back, the Rebel Alliance encounters an overwhelming Empire strike force on Hoth. Luke Skywalker goes to get Jedi teaching and training from the old Jedi Master Yoda. However, when Princess Leia and Han Solo are caught by the Empire on Bespin, Luke endeavors to stand up to Darth Vader, even though his training is not yet complete. His fight with the Dark Lord results in Luke getting a thrashing, as Vader delivers the shocking revelation that he is indeed Anakin Skywalker, Luke's father. Finally, in Star Wars: Episode VI: Return of the Jedi, Luke Skywalker frees the frozen Han Solo from the crime lord Jabba the Hutt and visits the ailing and aging Yoda, who affirms that Vader is Luke's father, but furthermore reveals that there is another surviving Skywalker - Luke's twin sister, Leia. While the Rebel Alliance mounts an attack on the second Death Star, orbiting the forest moon of Endor, Luke confronts Darth Vader and Emperor Palpatine, the Sith duo who orchestrated the rise of the Empire. After a ferocious duel where Luke crushes Vader but spares his life, Palpatine vows to kill Luke, but Vader shakes off his ties to the Dark side of the Force and gets to be Anakin Skywalker once more, annihilating Palpatine and sparing Luke's life at the expense of his own. With the decimation of the Death Star and the demise of Palpatine, the Empire is vanquished and Luke makes contact with the grinning spirits of Obi-Wan, Yoda, and his dad. 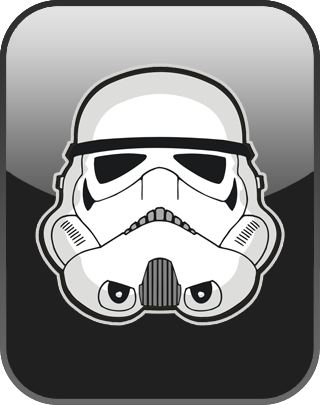 1. High validity and reliability. There is strong scientific evidence that the Big Five construct is solid, and it is at the forefront of scientific personality testing.