Friends is an American television series that ran for ten seasons on NBC. It was the most-watched television episode of the 2000s. Friends received critical acclaim throughout its run, being nominated for 62 Primetime Emmy Awards and becoming one of the most popular television shows of all time.

This Friends test uses the scientifically validated Big Five system and the input of several expert raters to match your personality with one of the six main characters from Friends.

To find out which character resembles you the most, indicate your level of agreement with each statement below.

When I meet someone for the first time, I feel like I should quickly demonstrate positive feelings towards them in order to get the conversation going.

The IDR-BBF© utilizes the six characters from the popular Warner Bros. television series, Friends, but is not associated in any way with Friends or its production companies, Bright/Kauffman/Crane Productions and Warner Bros. Television. This test is neither endorsed by nor affiliated in any way with Bright/Kauffman/Crane Productions or Warner Bros. No infringement on any of the above researchers or companies is intended by the present test.

The Big Five personality traits model, also known as the Five Factor Model (FFM) or the OCEAN model, is considered to be the gold standard in social science and scientific personality testing. The Big Five model consistently produces results that are valid and reliable. The five main personality factors that make up the Big Five model and assessments are: openness, conscientiousness, extroversion, agreeableness, and neuroticism.

The present test was developed by professionals certified in the provision and interpretation of numerous psychological measures, and who have worked in various fields of psychology, including social psychology and personality testing. Free online tests such as the IDR-BBF© are only intended to be informative and entertaining first considerations of the construct being measured, and therefore they should not be understood to be a definitive answer regarding one’s personality, character, or psychological state. Though created and statistically validated by professionals, free online tests such as this one do not provide professional assessments or recommendations of any kind; the results and accompanying personality snapshots of our free online Big Five personality test are provided “as-is.” For more information on our free online Big Five personality test and our other online psychological tests, please consult our Terms of Service. 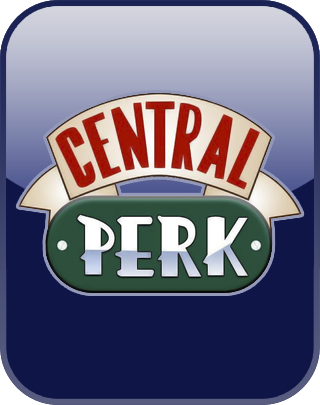 1. Free. This free online Big Five Friends Test is delivered to you at no cost and will allow you to explore aspects of your own personality, as well as match you with one of six main characters from the Friends television series.

2. Unique. While there are other online Friends tests and quizzes available, this test utilizes the scientifically validated Big Five system of personality, which is commonly considered the gold standard in personality science.

3. High validity and reliability. There is a wealth of scientific evidence attesting to the consistently dependable and precise results of the Big Five model, placing it at the forefront of scientific personality testing.

4. Statistical controls. User results for the present test are logged into an anonymized database, and statistical analyses are performed to ensure results are as valid and reliable as possible.

5. Made by professionals. The authors of this test are certified in the use of numerous psychological instruments, and have worked professionally with social psychology and personality typology.