Quotes by and about Empedocles

Empedocles: "[I am] honored amongst all as I meet, crowned with fillets and flowery garlands. Whenever I enter [a town] with these in my train is reverence done me. Men and women go after me in countless throngs, asking of me: 'What is the way to gain?' Some desiring oracles [from me], while some, who for many a weary day have been pierced by the grievous pangs of all manner of sickness, beg to hear from me a word of healing."

Friedrich Nietzsche: "Only once did Anaxagoras undertake a leap into the unclarified workings of mind. Empedocles continually affirms such unexplicable and unpenetrating scientific workings. If all ... is reduced to to the workings of [such] incomprehensible forces, then science basically dissolves into magic." 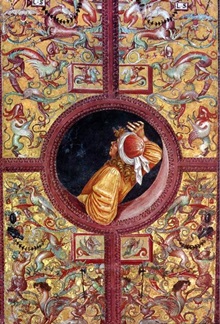 Friedrich Nietzsche: "Empedocles continually stands on the boundary line ... in almost all matters. He hovers between poet and rhetorician, between god and man ... between statesman and priest. ... He demarcates [the line] between myth, tragedy, and orgiastics, yet at the same time there appears in him ... [a] democratic statesman, orator, enlightenment figure [and] allegorist. ... He is a man of competition through and through.

Bertrand Russell: "His ... vigor ... was not equaled in the later ages of Greece."

Friedrich Nietzsche: "He is the motliest figure of older philosophy."

Bertrand Russell: "Unlike Parmenides, Empedocles had no wish to arrive at an unmoving universe."

Bertrand Russell: "He had a theory - somewhat fantastic, it must be admitted - of evolution and of the 'survival of the fittest.'"

Friedrich Nietzsche: "[Empedocles had] the grandiose idea that among countless deformations ... some life-enabling forms arise. ... Those [species] that continue to exist [are] those who are in accordance with some purpose. ... [We see in Empedocles] a special connection to Darwin's theory."

Plutarch: "[Empedocles] gives us phantoms and fables ... in a wild state of exaltation."

Simon Trepanier: "Aristotle quotes Empedocles more than any other philosopher."

Simon Trepanier: "Empedocles [had an] intent to challenge Parmenides."

Simon Trepanier: "Empedocles inverts the teacher-pupil relation found in Parmenides. ... Parmenides is the mortal recipient of a goddess' teachings. Empedocles, however [regards] himself as a god."

Constantine J. Vamvacas: "[Empedocles'] style is personal and lacks the strict logical development of a Parmenides."